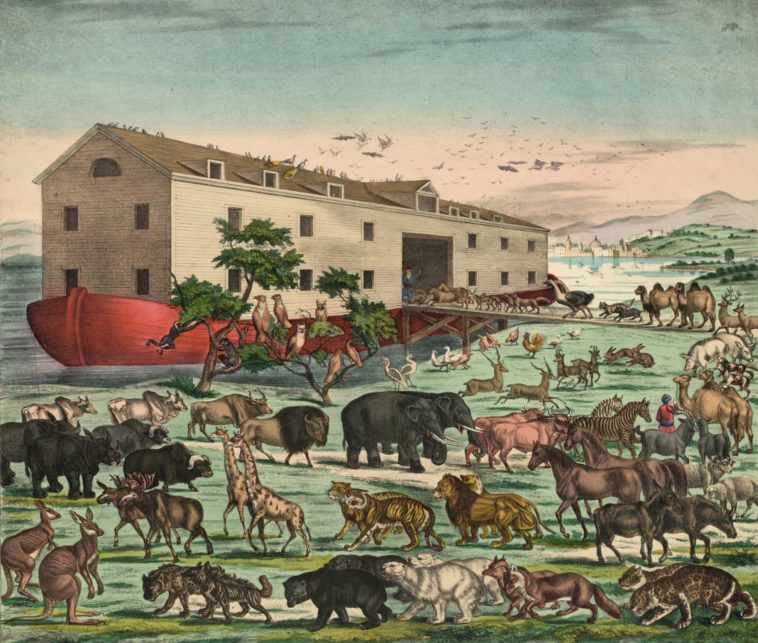 If the biblical account of Noah’s Ark is accurate, then everyone on Earth is a descendant of Noah and his wife along with their sons and their wives, however many wives they all had. Although the Bible only names Shem, Ham and Japheth as Noah’s sons, it is theoretically possible that some unnamed sons and daughters were also included. Polygamy was common at the time and women were generally left unmentioned. Of course anything beyond the eight people specified is pure speculation. We have no way of knowing.

Regardless of how many human passengers rode on the ark, all of humanity from that point on would share the flood as the oldest event in which everyone’s ancestors shared. We might expect that someone other than the author of Genesis might have reported on the flood. In fact, flood stories, as they are known to those who study such matters, are quite common and found all over the world.

The best known of these is the Babylonian Epic of Gilgamesh. Pointing to the fact that the Epic was committed to writing before the book of Genesis, some scholars have concluded that the Bible copied the story of Noah from it. However this is most likely not the case. Here’s why:

But didn’t I say that the Babylonian account was written first? Yes, and that is easy to explain. The ancient Hebrews were nomadic, living in tents and moving around a lot. Carrying around written material would be an unnecessary burden. The Babylonians, on the other hand, had relatively large (for the time) established cities. They had places to store written material so it is not surprising that they wrote down their account. The Hebrews, on the other hand, commited the information to memory and passed it from parents to offspring until it became practical for them to commit it to writing.

The Babylonians are not the only alternative flood story. The following cultures also had stories in which their god(s) destroyed the world, wiping out all but a handful of people who rode out the flood in a large boat which also carried animals. Here is a partial list:

How similar are these accounts:

It is hard to think of an explanation for the distribution and similarities of these stories other than all of mankind has this event in common. Clearly the biblical account is the most accurate and, therefore, the genuine account.