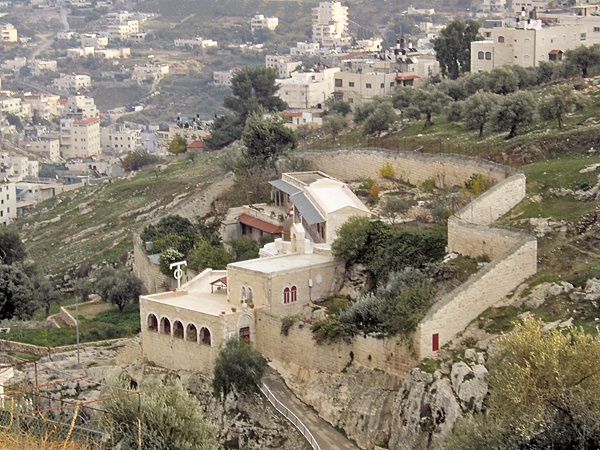 The Monastery at Akeldama

“Therefore that field has been called the Field of Blood to this day.” [Matt 27:8, ESV]

The field spoken of here was called the Field of Blood (Aramaic, Akeldama) because it was purchased as a cemetery for foreigners who died in Jerusalem with the money that Judas was payed to betray Jesus, the infamous thirty pieces of silver. The blood is Jesus’ blood. Matthew says that is has continued to be called that name at least up to the time he wrote his gospel.

If the gospel record of Jesus’ life, especially His death and resurrection, why would this field have been given that name? This is not a fact that Matthew could have just made up. His readers would have noticed that immediately and it would have cast doubt on what he wrote. Matthew’s gospel was, most likely, written in Aramaic and later translated into Greek. That means it was written for the home-town crowd. He could not have gotten away with making this up.

And why would Jesus’ enemies, the ones who paid Judas to betray Jesus in the first place, give this plot of land a name that referred to Jesus if He didn’t shed His blood as a result of Judas’ betrayal? The field was reserved for foreigners because, having been purchased with blood money, no Jew could be buried there.It’s just a little bit more evidence that the Bible can be trusted as a historical document.