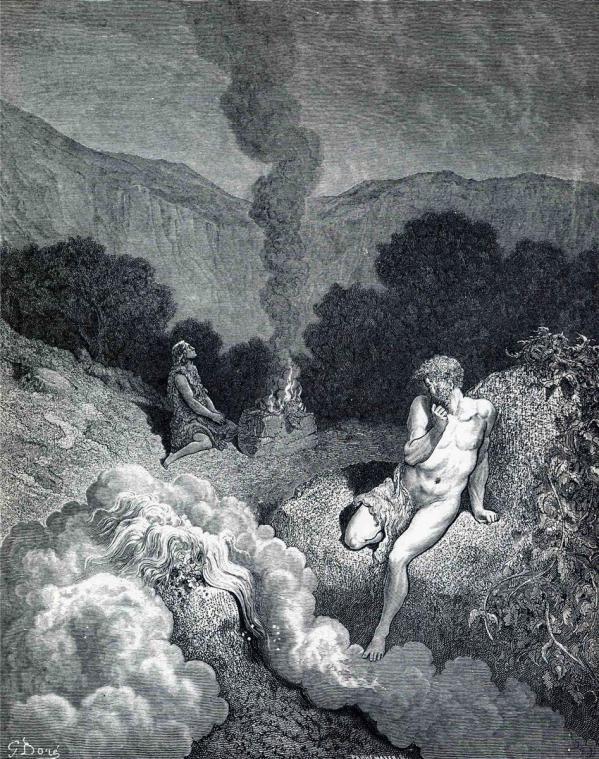 “Cain and Abel Offering their Sacrifices” by Gustave Dore

We tend to think of saints as all having been Christians who lived after the death and resurrection of Jesus. This is not necessarily the case. Even in the Bible, there is a list of what could be called Old Testament saints (Heb 11). One of these Old Testament saints is Abel. The story of Cain and Abel is widely known, even among those who aren’t religious.

According to the biblical book of Genesis, Cain killed his brother Abel because he was jealous that God had accepted Abel’s sacrifice but rejected his. Not only is it the first recorded instance of murder, it is also the first recorded instance of a person dying. (It is theoretically possible that someone else, not mentioned in Scripture, could have died before this. The Bible is not intended as a history book so we cannot expect it to include everything.)

Considered to be one of the Old Testament patriarchs, St. Abel the Just, was the second son of Adam and Eve mentioned in the Bible. (At the time genealogies were not all-inclusive. Not everyone was necessarily included and generations were often skipped. The Hebrew word usually translated ‘son of’ actually means ‘descendant of.’)  His murder at the hands of his brother, Cain, is described in Genesis 4:1-16. Cain was upset because his sacrifice was refused by God while Abel’s sacrifice was accepted. Abel is called the just (or the holy) and the first martyr because Jesus described him as such in Matthew 23:35.

Abel’s feast is commemorated on 02 Jan. He is the patron of dying people, murder victims and  shepherds.