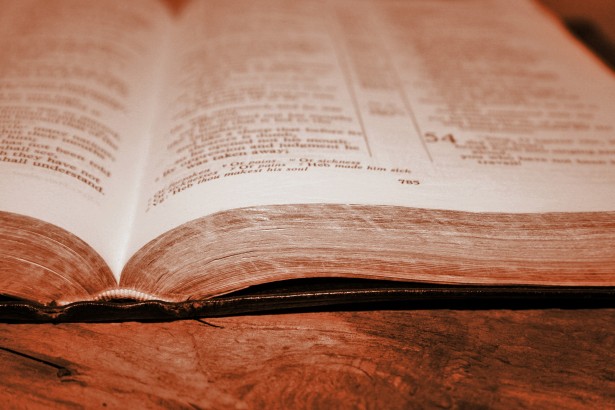 A common claim among those who wish to discredit the Catholic Church is that, although it is permitted and even encouraged now, at times the Catholic Church has forbade its members from reading the Bible and placed it on the Index of Forbidden Books. Is this claim valid?

Was Reading the Bible Banned at the Council of Toulouse (1229)?

In the 13th century the Catholic Church was dealing with a heresy known as Albigensianism (also known as Catharism) which was very active in parts of France. This was a religious sect quite similar to the Gnostics which Paul writes against in the Scriptures. In addition to the standard Gnostic theology, they also forbade marriage (having a mistress was permitted) and encouraged suicide. It’s pretty obvious why the Catholic Church considered them to be dangerous. St. Dominic founded the Order of Preaches, usually referred to as the Dominicans, to combat this heresy.

One of the things the Albigensians did was to publish their own vernacular translation of the Bible which contained notes teaching their strange doctrines. Several church councils prohibited reading this version of the Bible but they never forbade reading the Bible in general.

The claim is often made that the Council of Toulouse (1229) placed the Bible on the Index of Prohibited Books. The problem is that the Index was not created until the papacy of Pope Paul IV in 1559, 330 years later. Besides, even when the Index was in existence, councils did not decide which books were placed on it. That task was given to the Sacred Congregation of the Index. (The Index was formally abolished on 14 Jun 1966 by Pope Paul VI.)

Catholic churches did chain the Bible to a podium in the church but not to keep it away from the people, quite the opposite, in fact.

Today if you want a copy of the Bible you can go to the nearest bookstore and buy a copy. If you have a smartphone, there are a variety of free apps that will let you read a variety of translations. That was not always the case, however. Prior to the invention of the printing press, Bibles had to be copied by hand. (Those who make these attacks never bother to explain why the monks would spend their lives making these copies if the church wanted to keep them out of people’s hands.) Hand-copied Bibles were hard to come by and very expensive. A typical Bible cost what the average person could make in a year and a half. This would make them targets for thieves. The churches chained them to podiums to prevent theft and to make sure they were available for reading, not to prevent them from being read.

Although the Latin Vulgate was the official translation of the Catholic Church, at least since Jerome translated it, there have also been vernacular translations, however, they were not widely available. This is logical. The vast majority of people could not read any language and those who could read, read Latin. Given the difficulty in producing a copy of the Bible, why waste your time on non-Latin translation that very few people could read. Despite this, vernacular translations have existed throughout the church’s history.

The Council of Trent Banned Reading the Bible

According to the “Catholic Dilemma” article listed in the Sources section, “The Council of Trent went further, stating that anyone who dared study Scriptures on their own must ‘be punished with the penalties by law established.’ With incredible audacity, the Council of Trent went so far as to forbid even the printing of and sale of the Bible! Anyone daring to violate this decree was anathematized, or cursed and damned to Hell for it.”

Furthermore, to check unbridled spirits, it decrees that no one relying on his own judgment shall, in matters of faith and morals pertaining to the edification of Christian doctrine, distorting the Holy Scriptures in accordance with his own conceptions, presume to interpret them contrary to that sense which holy mother Church, to whom it belongs to judge of their true sense and interpretation, has held and holds, or even contrary to the unanimous teaching of the Fathers, even though such interpretations should never at any time be published.Those who act contrary to this shall be made known by the ordinaries and punished in accordance with the penalties prescribed by the law. [Decree Concerning the Edition And Use Of the Sacred Books, The link to the entire document can be found under Sources.]

It’s not reading or possessing a copy of Scripture that is banned, it’s interpreting the Bible in a way that contradicts the Church’s teachings. And what was the punishment? Offenders were anathematized. This is not condemnation as the author claims but excommunication. What Trent said was that if you interpret the Bible in a way that contradicts the Catholic Church, you are no longer Catholic. It seems to me that, if you don’t believe what the Catholic Church teaches, no longer being considered to be Catholic would not be a burden.

According to the author of Catholic dilemma he did. He quotes him as saying, “The Scriptures and books of Controversy may not be permitted in the vulgar tongue, as also they cannot be read without permission.” The problem is the author does not provide a source for this quotation and I was not able to find it anywhere. Not that it would have made any difference if Ligouri actually had said it, he would only be able to say so as his own personal opinion, not as the Church’s teaching.