I posted earlier about having new neighbors (buffalo/bison). I was asked by Norman Darlington if buffalo and bison are the same animal. The research was surprising to me. And I was able to get closer to them today with my camera. We have lots of sunshine. But I did find out they are camera shy.

There are five in the field behind my house. There used to be a dairy farm, it was sold, and now they only have a few cows. When I first saw these animals, I thought they were cows, until I got closer! 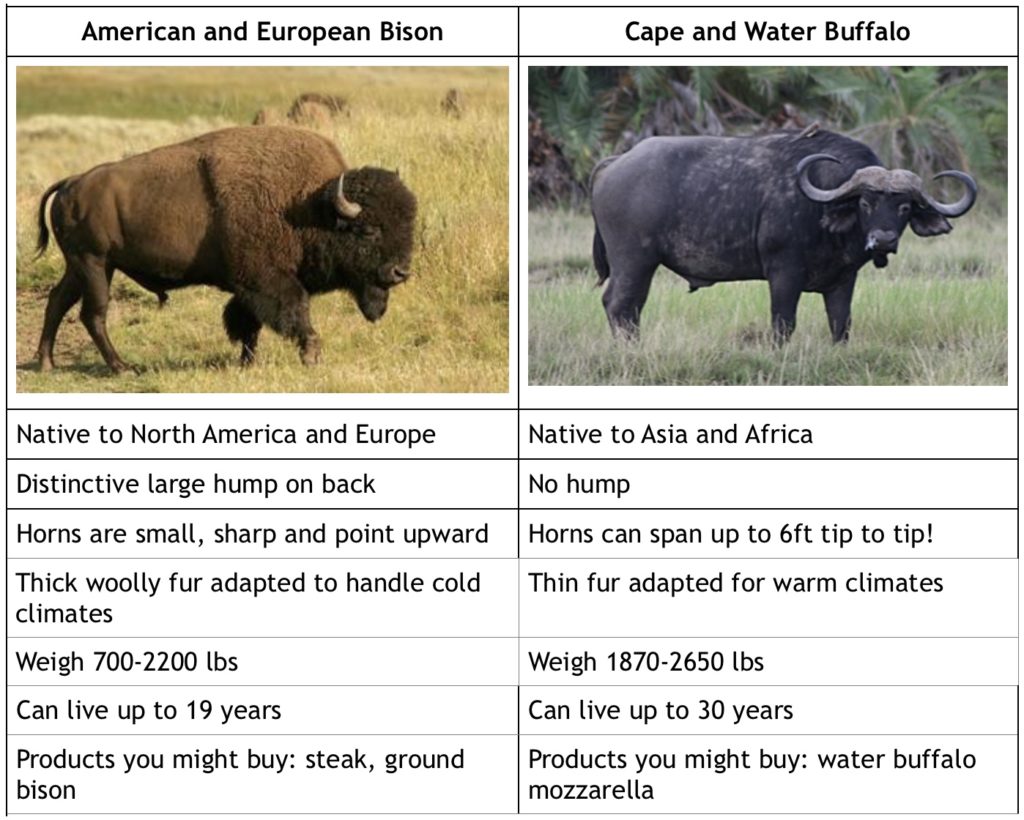 The chart above, courtesy of Pixabay, lists some of the differences in the buffalo/bison species. The name Buffalo is thought to have originated from European explorers who confused the animal they found in the New World with animals they were more familiar with, the African or Asian Buffalo. When the first European settlers arrived in North America, as many as 60 million bison inhabited the continent’s grasslands. These early settlers likely saw similarities between bison, the continent’s largest land animal, and known buffalo species.

The settlers referred to the large beasts as “bison” and “buffalo” interchangeably, and the name “buffalo,” though scientifically inaccurate, stuck. Our national animal was only given the name Bison after European scientists studied the skeletons years later. Today the word Buffalo is often used for American Bison. 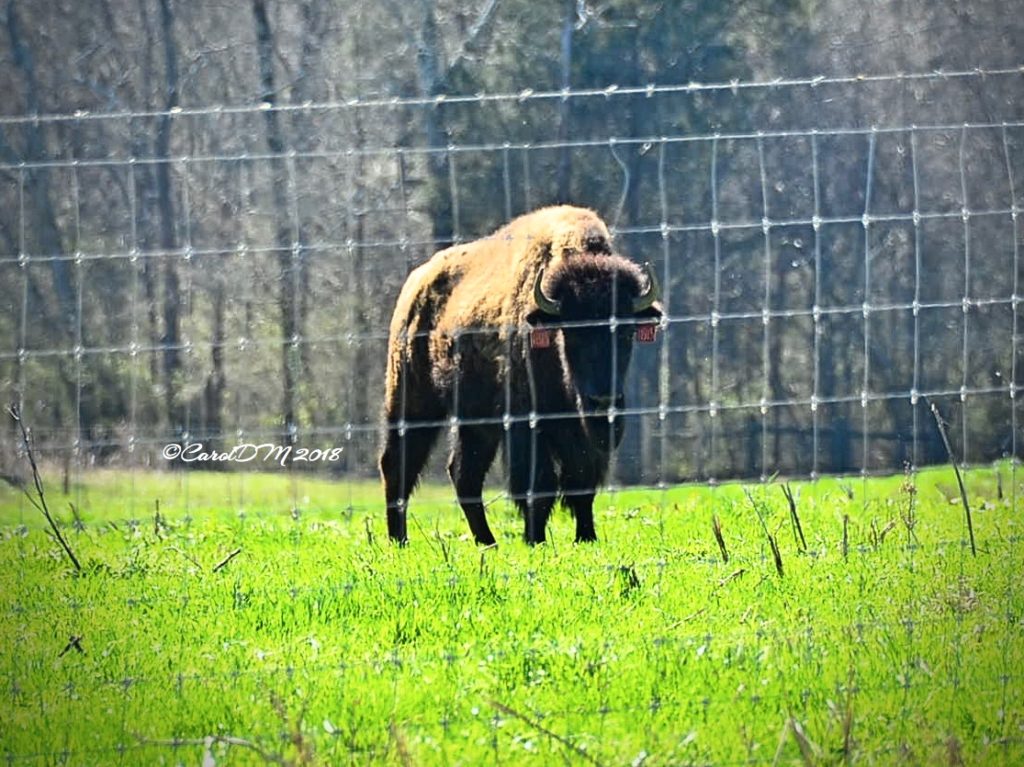 This photo above was a little scary as he just stood there looking at me, lowering his head. Thankfully there was a fence between us. These are massive animals.

There are two sub-species of American Bison (Bison bison). The first is the Plains Bison – originally found in huge numbers on the Great Plains. The second is the Wood Bison which lived in smaller herds on the woody edges of the Great Plains, and are now mostly found in the forests of central Canada. Bison, the North American hoofed mammals that, for many people, embody the American West, are often referred to as buffalo. But even though they are in the same family group as Old World buffalo species, the Asian water buffalo and the African cape buffalo; bison are not closely related to those species, making the common name “buffalo” misleading The mistake is understandable. Both bison and buffalo belong to the Bovidae family, which consists of more than 100 species of hoofed mammals called ungulates, including buffalo, bison, antelopes, gazelles, cattle, sheep and goats. The American bison species is found only in North America, and its closest relative, the European bison (Bison bonasus), can be found in Belarus, Lithuania, Poland, Romania, Russian Federation, Slovakia, Ukraine and Kyrgyzstan, where about 1,800 free-ranging individual bison are currently estimated to roam. But even though bison and buffalo are similarly large, cattle-like animals, there are striking physical differences that distinguish them.

The American bison, which can weigh up to 2,000 pounds has an unusually massive head and a considerable shoulder hump, both of which are covered with thick, woolly fur. The enormous, heavy muscles in the hump allow bison to use their heads as powerful snowplows in the winter, pushing aside masses of snow by swinging their heads from side to side. By comparison, the buffalo of Africa and Asia have no hump whatsoever, and their skulls are smaller than those of bison. But while they may come up short on head size, both buffalo species more than make up for that in the breadth of their impressive horns. Asian buffalo have large, crescent-shaped horns that curve upward and can span over 6 feet in length. Wild males can weigh over 2,600 pounds, though domesticated Asian buffalo, which are widespread across Asia, typically weigh about half as much as that, around 1,200 pounds. African cape buffalo are native to the savannas and grasslands of southern, western, eastern and central Africa, and the animals usually congregate near water. Males are equipped with a head shield from which the horns sprout, sweeping downward before curling back up again, and can weigh as much as 1,500 pounds.

Currently, about 10,000 wild bison still roam 12 states in North America, where the animals forage for an average of 9 to 12 hours each day for weeds, grasses and leafy plant. The American Bison is indigenous to North America. But because the word “buffalo” is so ingrained in our language, it is considered acceptable to use “buffalo” when referring to the American Bison.

So now you know. Probably way more information you cared to read about. I found it very interesting. I will continue trying getting closer to my furry bison neighbors to get better photos for my next post. I am so excited to have these animals closeby. The problem is I see tags on their ears, they will not be here long. Oh well, I will enjoy them while they allow.