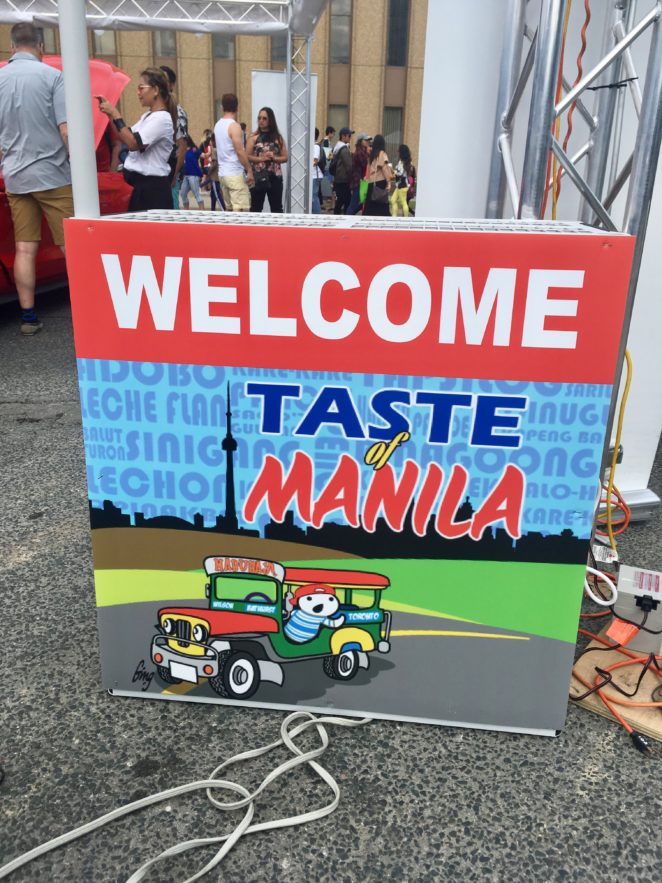 The Filipino community celebrates the Taste of Manila that showcases not only the authentic Filipino cuisine but also their values, norms and culture.

It was held along Bathurst Street and Wilson Avenue here in Canada. These two places have known with a great population of Filipinos that made it to be the place of this kind of festivity.

Amusements were never be set aside in this occasion. Kids were enjoying playing with these stuff.

This was celebrated last August 19 and 20, 2017 and it has been a tradition since long time ago. The occasion was began with a parade of different organizations followed by the programs that have been regulated by the event organizers.

Mr. Marco Mendicino, member of Parliament of Canada has been participated with this event

Many have been expected Manny Pacquiao, a well-known boxer and a politician, for this event but unfortunately he did not make it.