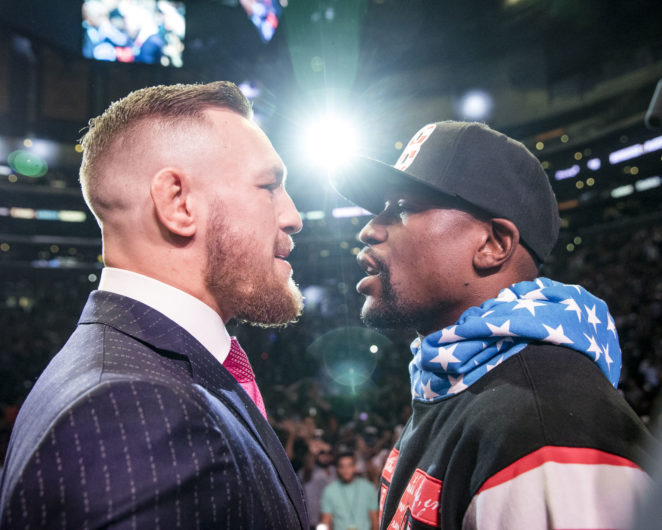 Now when this popular fight is official, we will help you not to miss this interesting boxing event.. The great boxer Floyd Mayweather will take on UFC star Conor McGregor.

The fight will happen on 26 August, Saturday in Las Vegas. Mayweather has retired in 2015 with professional personal record of 49 wins and 0 loses. Most of the people know that he is good defensive fighter with skillful moves in the ring. But his opponent will be the famous UFC star, Conor McGregor. He is born in Dublin, Ireland and he is big icon in his country. He became the first UFC fighter to hold two belts simultaneously when he knocked out Eddie Alvarez in NYC. The fight will be with boxing rules. Enjoy in these photos and stats below. Feel free to comment which is your favorite 🙂