It would be difficult to imagine a greater contrast between successive emperors than when Maximinus Thrax (meaning Thracian) seized the imperial throne from Alexander Severus. The “mummy’s boy”, killed along with his mother on the orders of Maximinus, was succeeded by a former shepherd from Thrace (modern northern Greece and southern Bulgaria) who was a giant of a man reputed to have been eight feet tall and extremely sweaty.

Gaius Julius Verus Maximinus sounds like the sort of name that would be borne by a Roman of noble birth, but its holder was widely regarded as being a semi-barbarian who could hardly speak Latin. He was born in the year 173, or thereabouts, and had only the most basic education. As he continued to grow to his full height he became used to settling disputes with his fists rather than argument. 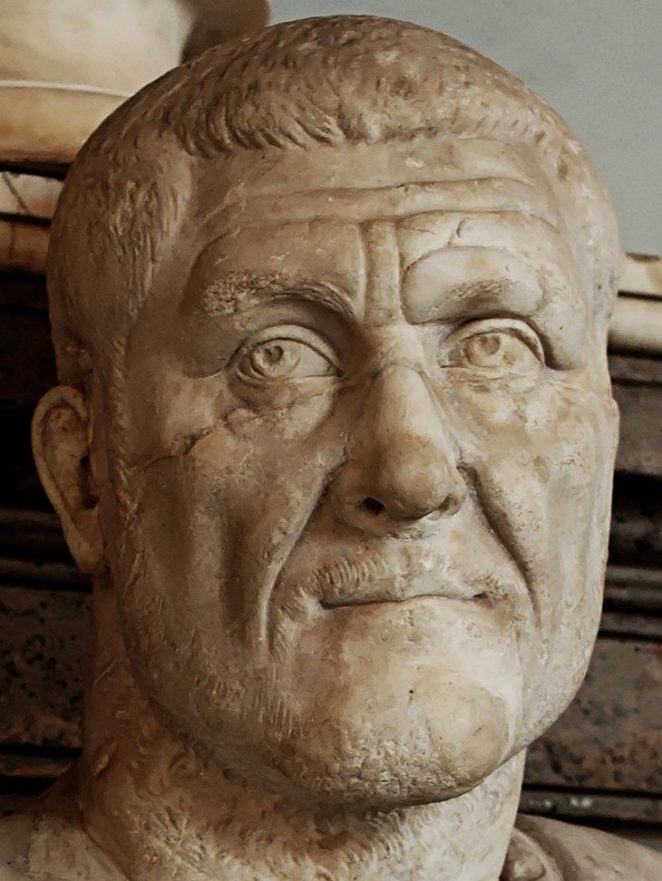 He joined the army and rose rapidly through the ranks. He attracted the notice of emperor Alexander Severus and was put in charge of training recruits. One has to assume that being a trainee under Maximinus would not have been a particularly pleasant experience.

Another assumption must be that Maximinus had a very low opinion of the emperor in question, which is why it should not come as a surprise to learn that the mutiny that led to Alexander’s death in 235 was led by the giant from Thrace. After initial reluctance he accepted the army’s endorsement as the next emperor.

Alexander Severus had been reluctant to take military action against the German tribes that were threatening the empire’s northern borders, preferring to buy them off rather than attack them. Maximinus had no such qualms and promptly launched a campaign against the Alemanni across the River Rhine. He also kept a close eye on the Dacians and Sarmatians and made ready to respond with force if they made further trouble.

However, these moves had consequences that would eventually lead to the new emperor’s undoing. Military activity costs money, especially when army pay is increased and taxes are raised to foot the bill. One way that Maximinus raised money was to cut subsidies on grain supplies, which was bound to make him unpopular with the general populace.

Maximinus was a Roman emperor who never set foot in Rome. He was therefore always going to face opposition from the aristocratic members of the Senate who resented being led by a foreign upstart whom they had never seen.

The revolt of the Senate

In 238 the Senate took their opportunity when an elderly senator named Gordian declared himself to be emperor, ruling jointly with his son, also named Gordian, in North Africa. The Gordians did not last long, being killed by the governor of Numidia who was a supporter of Maximinus.

The Senate clearly needed a Plan B, and they came up with two imperial candidates, Pupienus and Balbinus, who would rule jointly. They included a third Gordian, the 13-year-old nephew of the second Gordian, as part of an imperial college.

Maximinus, officially deposed by the Senate, was hardly to going to take things lying down. He marched on Rome, accompanied by his son whom he had named as his successor. However, he now became the victim of munity in his turn. This happened after his army failed to capture the city of Aquilea and three weeks passed while the provisions ran steadily lower.

There are various accounts of how the end came for Maximinus. One version has the soldiers murdering Maximinus’s son and heir after which Maximinus took his own life. Another says that both father and son were killed together and their heads stuck on poles.

Whatever the truth of the matter, the reign of Maximinus Thrax was neither long nor distinguished. He deserves his place in history for being the first of the six men who held the title of emperor during the year 238.