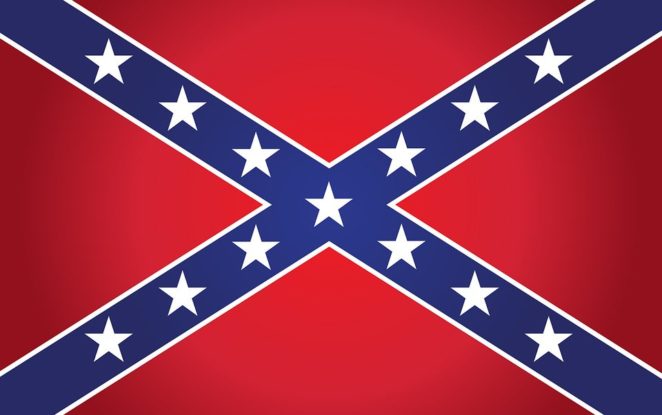 There is a great deal of arguing and tempers are running high in the United States in regard to such things as the Confederate flag and statues of figures such as General Robert E. Lee. None of this is necessary, but it is primarily caused by a lack of knowledge. I’ll explain, but let me start by saying that the Civil War, which is what all of this revolves around, was misnamed. It wasn’t a civil war at all.

“Civil war” implies that the war had to do with slavery. However, that wasn’t at all what the war was about. It did have to do with blacks in a round about sort of way but didn’t directly relate to slavery.

The disagreement stemmed from the uneven power between the north and the south. As it is today, congressional votes were highest in areas with the greatest population. At the time, blacks weren’t counted in the census. This meant that the north had more voting power than the south. This naturally didn’t make the people in the south very happy.

When they tried to gain more equality by having the blacks counted, the north firmly resisted. Not doing so would have been the same as giving power away. Few people with power willingly give it away.

To get proper representation, the south sought to use its rights, given years earlier by the continental congress, to succeed from the union. That would have been huge because well over half of the goods and resources at the time were in the south. Wheat, tobacco, and cotton were southern crops, the most important ones in the nation back then and still important. Industries of the north were just getting some headway, so they relied on the southern crops.

President Lincoln sought to prevent succession and that was actually caused what has been come to be known as the Civil War. Lincoln was against slavery, but he didn’t want to bring that issue into the conflict. In fact, Lincoln didn’t believe that he had the legal right to abolish slavery.

The Confederate flag was the symbol of the South, and again, it had nothing to do with slavery. It had to do with fair representation and succession, both of which had been guaranteed by the Continental Congress, to begin with.

As for Robert Edward Lee, who came to command the Confederate army, this was a man who graduated very high from West Point and who served the Union Army with distinction during the Mexican-American War. Lincoln offered him the command of the Union Army during the war of the states. General Lee declined because he had a greater loyalty to his home state of Virginia than he did to the Union.

Once again, that had nothing to do with slavery. Lee was personally opposed to slavery and he was also against succession.

It is rather interesting that so many people consider the Confederate flag and General Lee as ’emblems’ of racism when the flag had nothing to do with slavery and when Lee was totally against both slavery and succession.

This is the reason I mentioned that the current bickering is due to a lack of knowledge. People are making assumptions that are based on fallacies. General Lee’s statue should actually be honored by those who feel racially oppressed. For that matter, the Confederate flag should be, too, because the representation it stood for was the first time a serious attempt was made in the US to count blacks as people.

This has a surprising conclusion. The people who are wanting to remove the Confederate flag and statues of Lee are basically saying that they agree with slavery. None the less, slavery wasn’t the reason the Civil War was fought. Because of this, the Civil War wasn’t a civil war. It would more properly be called the war of the states.