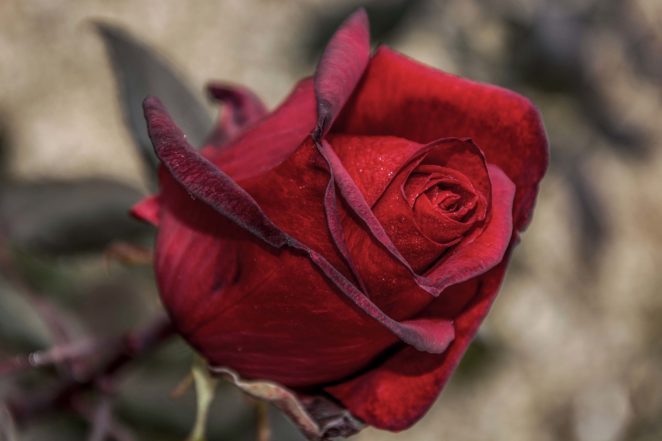 One of the three graces in Greece carried a rose in his hand and it was said that the rose had sprung from the foot of Venus when a few drops of blood came out of a sting that had been caused by a thorn. The fable also said that the rose was at first white and had become incarnate by dyeing itself with the blood of Adonis. Like Venus and Flora, whose statues were adorned with garlands of roses, this flower belonged to Bacchus, and in one of its dithyrambs Pindar invited the crowning of roses in honor of Dionysus. Many Slavic peoples call the Rusdija Spring Festival or the Feast of the Roses.

In some Italian legends, the rose is a symbol of virginity. On the contrary, the courtesans of Rome celebrated their feast on April 23 dedicated to Venus Ericina and were adorned with roses and myrtles; On Saint George’s Day in Barcelona, it is also customary to give roses and books. At the great Roman banquets, the guests were crowned with roses, believed to preserve them from drunkenness. In other countries, the rose is a funerary symbol and hence, according to some, that cypress and rose bushes are planted in cemeteries.