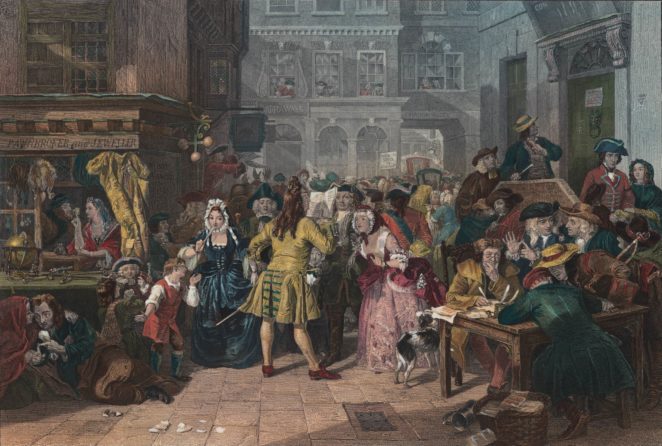 There is nothing new about financial schemes that trap the unwary and unwise into investing money that they are destined to lose. One such notorious affair that led to the ruin of many and had huge political consequences occurred in early 18th century Britain and has been known ever since as the “South Sea Bubble”.

The South Sea Company began as a perfectly legitimate business concern in 1711, its aim being to secure trade monopolies with Spanish colonies in South America, in anticipation of a successful outcome to the War of the Spanish Succession which had been going on since 1701. It would therefore act in a similar way to the highly successful East India Company which dominated trade with India and China.

In practice, trading with Spain’s colonies proved difficult, especially as relations between Britain and Spain were never easy, even after peace was declared in 1714. However, the “asiento” (or “trading agreement”) signed in 1713 by the two countries did give Britain a monopoly of the trade in slaves, and this was to prove the most profitable of the South Sea Company’s enterprises. Despite this boost, however, the Company looked destined to prosper only very slowly.

However, the directors of the South Sea Company wanted it to be more than just a trading company. They also sought to provide an alternative investment opportunity to that provided by the Bank of England, which had been established in 1694. This was a time when political parties were starting to emerge, and the South Sea Company was seen as the Tory alternative to the Whig Bank of England, which had done well from the War and provided its investors with very good returns.

The real problems only arose a few years later, around 1719-20, when the Company directors sought to take over part of the National Debt and invited investment by the buying of company shares. In order to make this move, and in the hope of making quick profits, the Company needed to take steps that were both illegal and financially unsound. Bribes were offered to some of the highest placed people in the country, including the two mistresses of King George I. The bribes were paid for in South Sea Company shares.

In order to attract large investments, claims were made about the Company’s profitability that were simply untrue, and high dividends were promised that could never be justified.

The promises were believed, and South Sea shares suddenly became the hottest thing in town. As the share price rose, from around March 1720, and some investors were seen to be making substantial short-term profits, everybody wanted a piece of the action. People with money bought large numbers of shares, and people without money borrowed what they could in order not to be left behind. The frenzy affected the whole of society from top to bottom.

New share issues were made, promising even higher rewards, and supplying even more generous pay-offs to the politicians who smoothed the way for the Company’s directors. The share price doubled, then tripled, and shares eventually traded at 1000% of their original price.

Other schemes sprang up in the wake of the investment frenzy, many of them being entirely bogus. One company was even set up with the prospectus of “carrying on an undertaking of great advantage but nobody to know what it is”. Needless to say, many fools were permanently parted from their money. 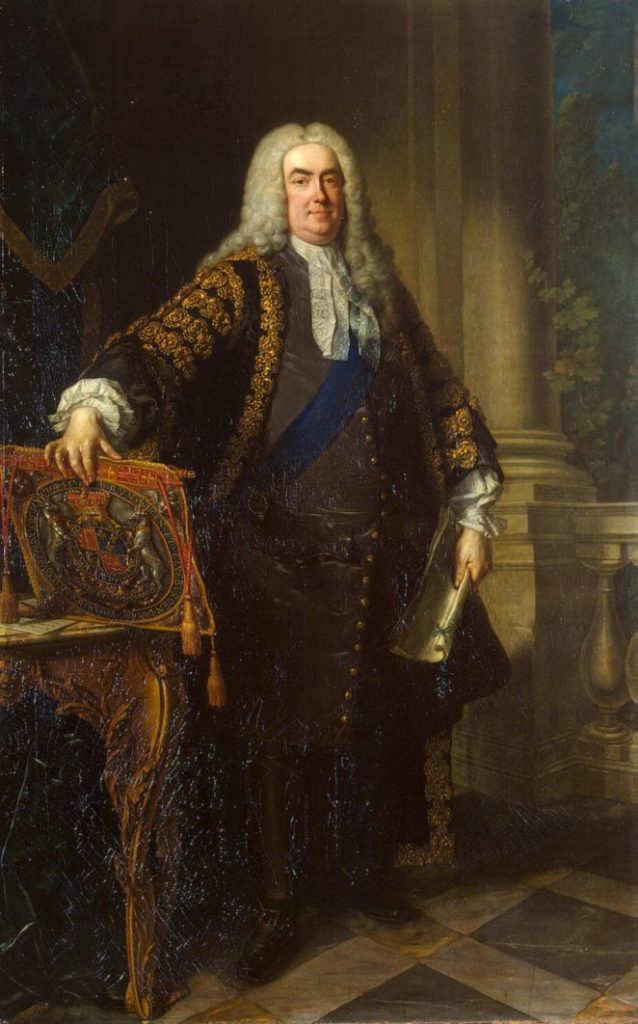 Bubbles have a tendency to burst, and of course this one did. Some wiser heads realised that the speculation was unsustainable and cashed in their shares, encouraging others to do the same. The price began to fall, leading those who had bought at the peak to suffer disastrous losses. Hundreds of thousands of people lost money, and many were ruined as they were unable to pay back the money they had borrowed to buy their shares. Bankruptcies soared and cases of suicide were reported. By September 1720 the Bubble had well and truly burst.

Towards the end of August, a Member of Parliament from Norfolk (and Paymaster General), Robert Walpole, wondered whether he should renew his portfolio of South Sea Company shares. He had already made a decent profit when the price reached 300% and he had sold his shares at that point, but now he decided to re-invest, in a big way, as the price was at 1000% and showed every sign of going higher. However, his application got lost in the post and so was never actioned.

But for that accident, Walpole would probably have been ruined. As it was, he now found himself being called upon to sort out the mess that everyone else had got themselves into. He passed legislation in Parliament that restricted the activities of joint-stock companies, pursued the wrongdoers, and turned a diplomatic blind eye to those in high places (such as the King himself) who had been party to shady dealings but whose support was worth cultivating.

Consequences of the scandal

The affair of the South Sea Bubble therefore discredited the Tories and boosted the reputation for prudence of Walpole, although the consequences of his personal greed were only avoided by the merest chance of a lost letter.

The Whigs, under Walpole, stayed in office for many years to come, with the Tories only reviving when George III became King in 1760. Walpole was now Britain’s first “Prime Minister”, although this title was unofficial, and his “reign” of 21 years was longer than that of any of his successors.

The lesson of the South Sea Bubble should have been clear to everyone, namely that if a thing looks too good to be true, it almost certainly is. However, the prospect of a “dead cert” quick profit is always tempting, and many people have been caught out in similar ventures ever since.