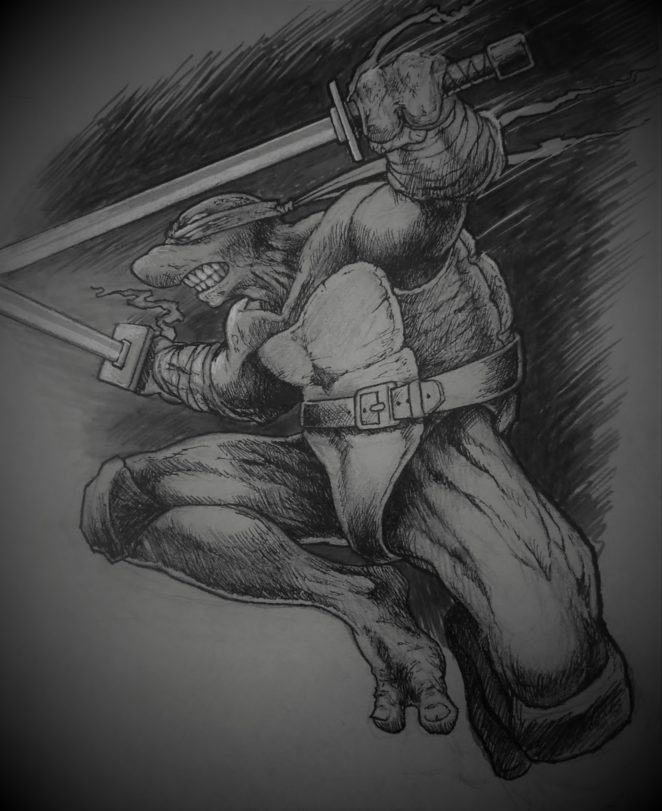 Progress shots. From the initial sketch idea to full photoshop render. Hopefully it`ll show some of the steps I went through in order to achieve the final image and hopefully some artists out there, will get something out of it. I`m not a professional photoshop artist. Nor am I a professional comic book artist. So these are just some techniques I`ve learned myself over the years. It`s hard to get into the technical aspects of photoshop in pictures but hopefully it`ll give some ideas.

Big tip I can give is learn about gradient maps. So handy, since I`ve learned about them, they have become a mainstay of my drawing/painting technique. The handy thing about them is you can add a spread of colour over your image, but if 2 days later after much work on the image, say you don`t like the colour. Well instead of deleting the colour layer and starting a new one. Gradient maps allow you to go in and tweak the existing colour, add more colour or more shades. It`s a highly versatile tool, and one you won`t stop using once you start. 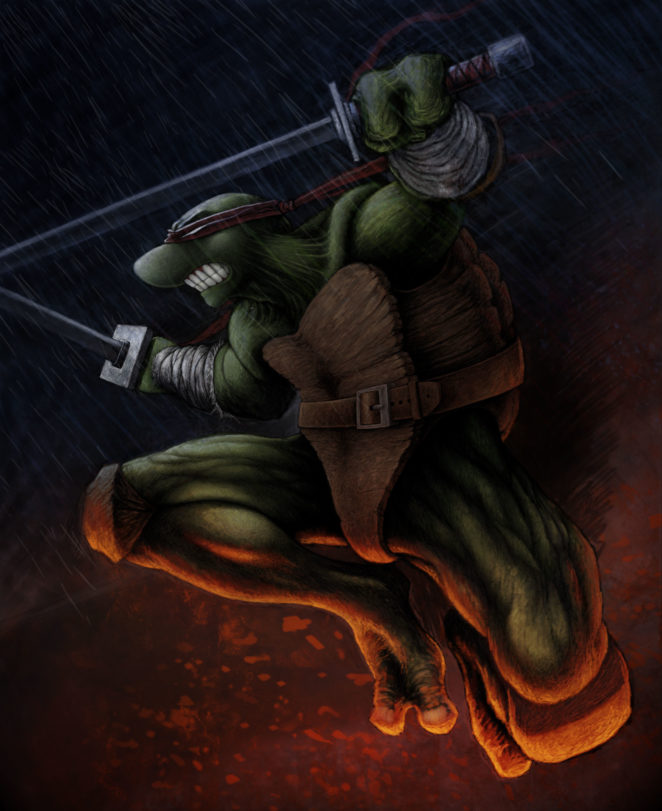 Adding weather effects. the trick is to draw them in and then fade then out so they seem to fit into the painting. 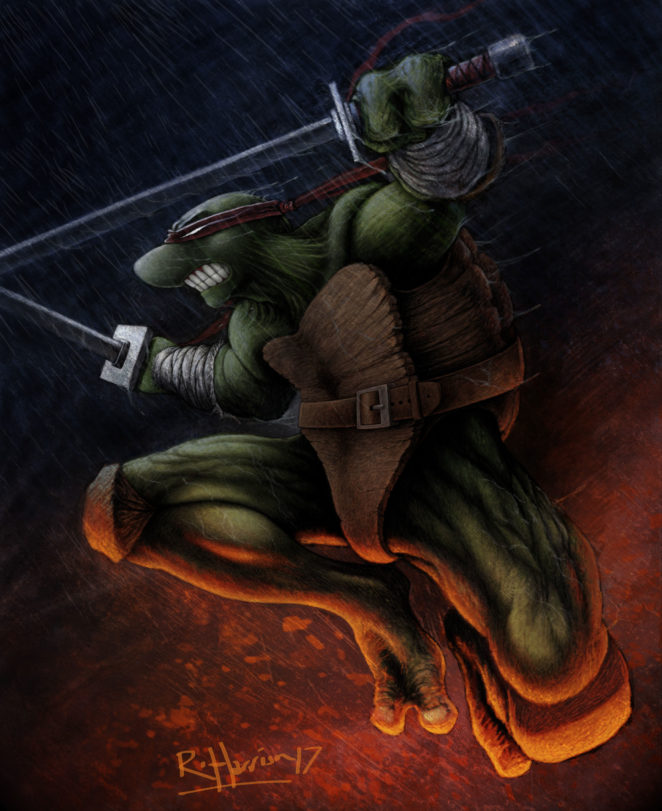 Final steps are just adding the rain effects on the skin and the weapons. Final details on the character itself.

I developed the Leo image further, using photoshop. I tried ( again a break from my norm ) to keep with the dynamic nature of the image. While I was developing the image, I was thinking of putting in a cityscape in the background and clouds in the sky. But as I was developing it, I thought the colours actually suggested the thoughts, rather than rendering them. It`s keeps it simple and keeps the focus on Leo. 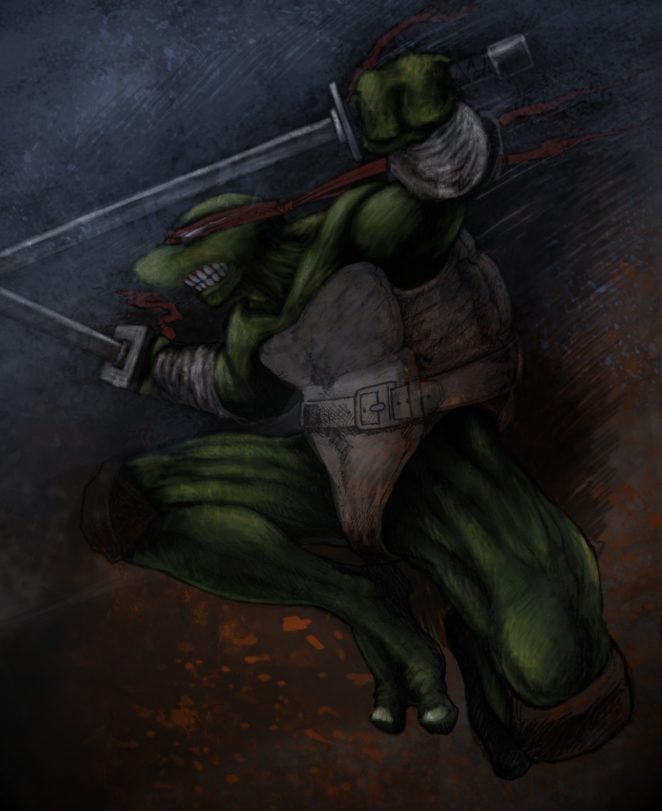 first step is just to throw some rough colours on the image. Just to give a general idea of where you think the image will go. At this stage its hard not to start detailing.

I`ve always been a turtles fan. i used to read the original graphic novels that my friend had. They used to be so much darker than the later versions, that became kid friendly.

Because it`s the turtles I had to try and make something a little more dynamic than what I`d usually do. 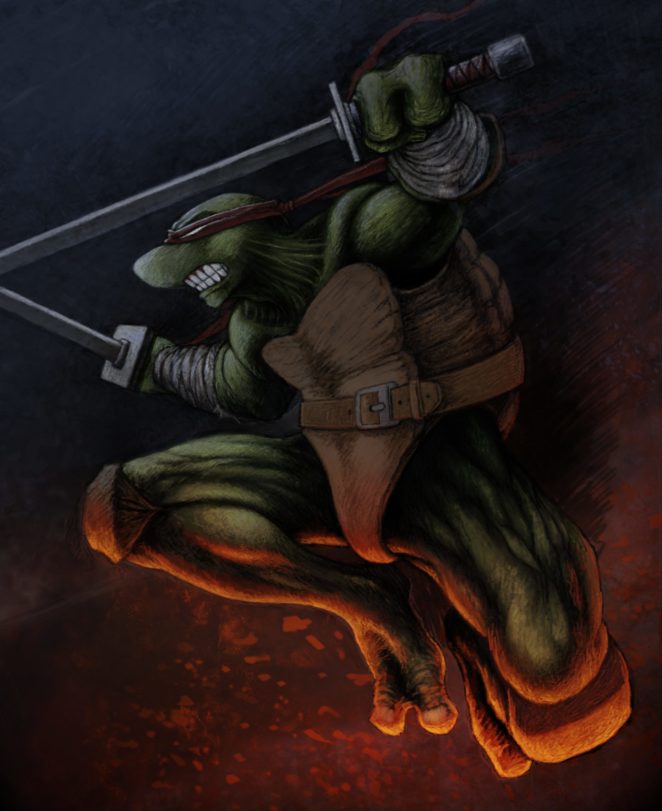 in this stage I further developed the lighting on the character. Adding more detailing and narrowing in on the muscle tones and skin textures.