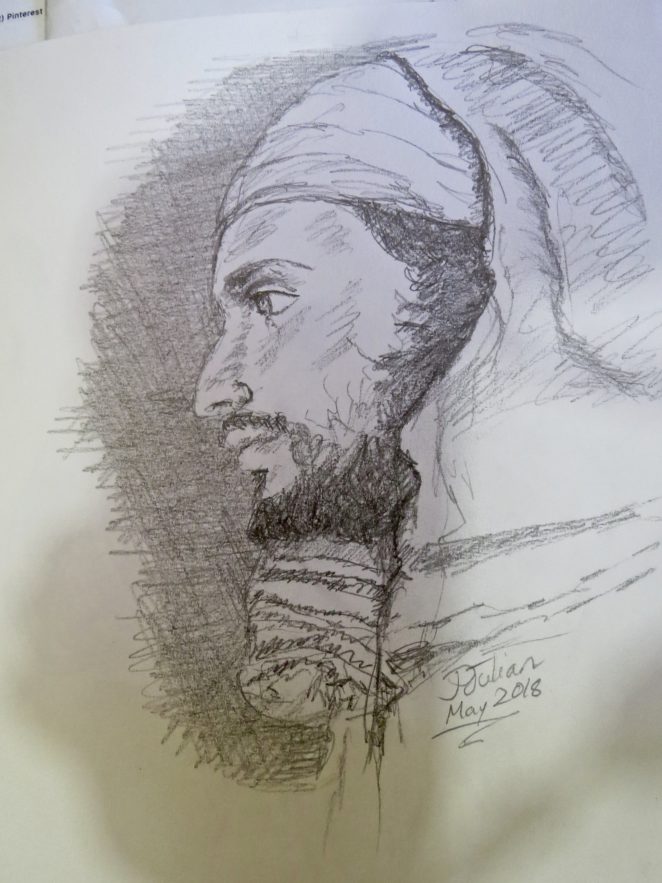 Some years ago I was impressed by “Jesus of Nazareth” film. I got a book with some photos of the film of the late 1970s to 1980s.

I used to draw just Jesus but this first entry is not him but other characters in this film. I suppose its just an interest of understanding  characters and themes from stories.

The title drawing is of Joseph the carpenter who married Mary. Its a pencil drawing. Its true to what Jewish people wore to a point, but we weren’t there at the time. It has a purpose to this theme and the man knows exactly what he wants. 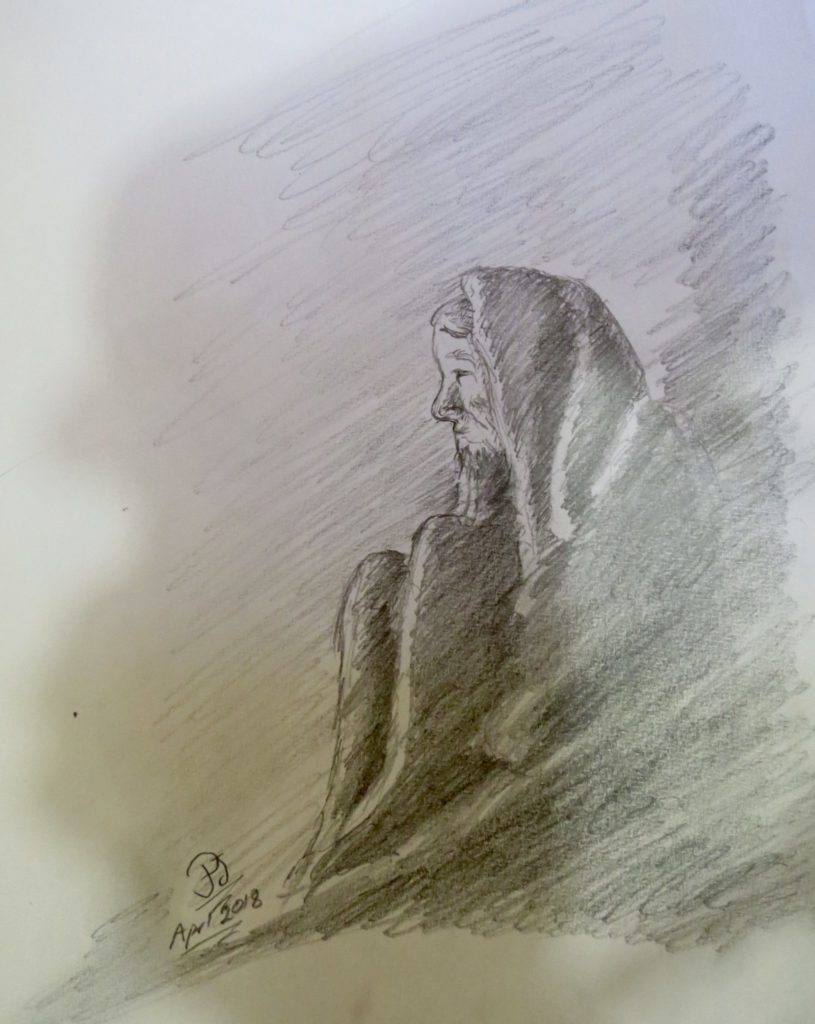 This is a character with no name, a spectator in a room where a Rabbi speaks of hope and something to look forward to in a period where Israel is occupied by Roman soldiers. Done in pencil.

It seems that Christmas was at a time in darkness and Israel was occupied. They felt oppressed by the Romans but was it only the Romans, or was it also greed rich business men?

Im not entirely happy with this drawing of Mary because its not exactly what I wanted as I used some coloured pencils and will try another one later on. Mary the dreamer.

I am also a dreamer, and have lots of ideas. As long as you do something practical as well. Inventions come from dreams, and usually the ideas that work are ones we need. 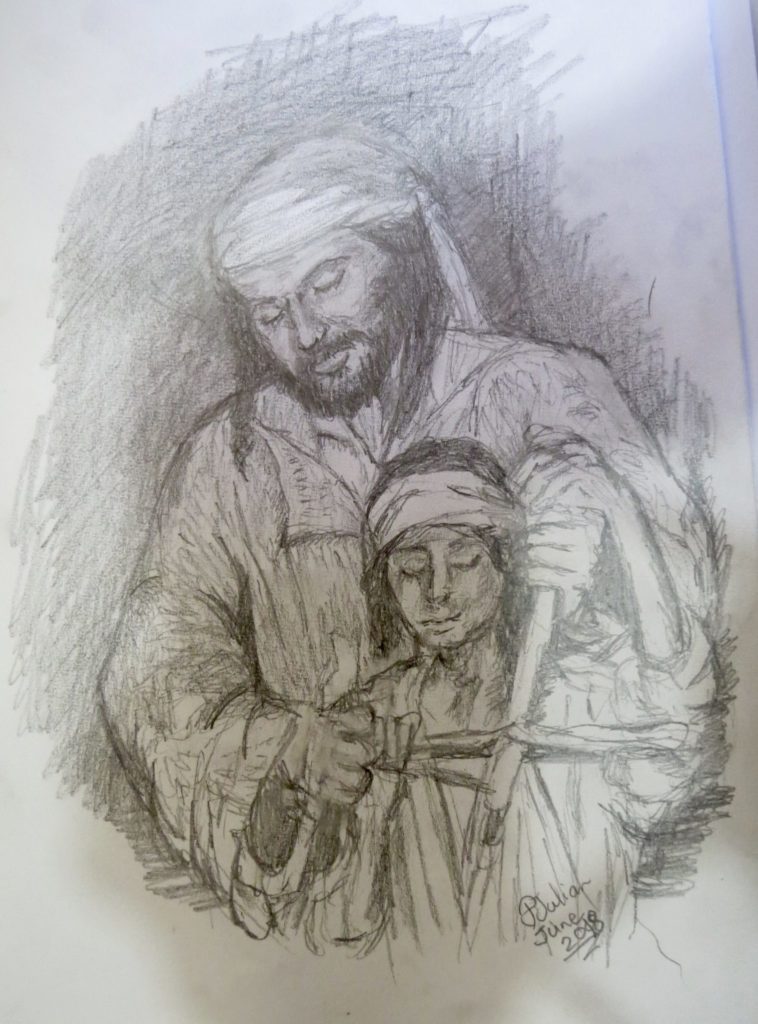 So Joseph is teaching some one who is not related to work as a carpenter from child to adult. The work feeds the family and teaching people to work will feed them for life. A dreamer with practical skills. 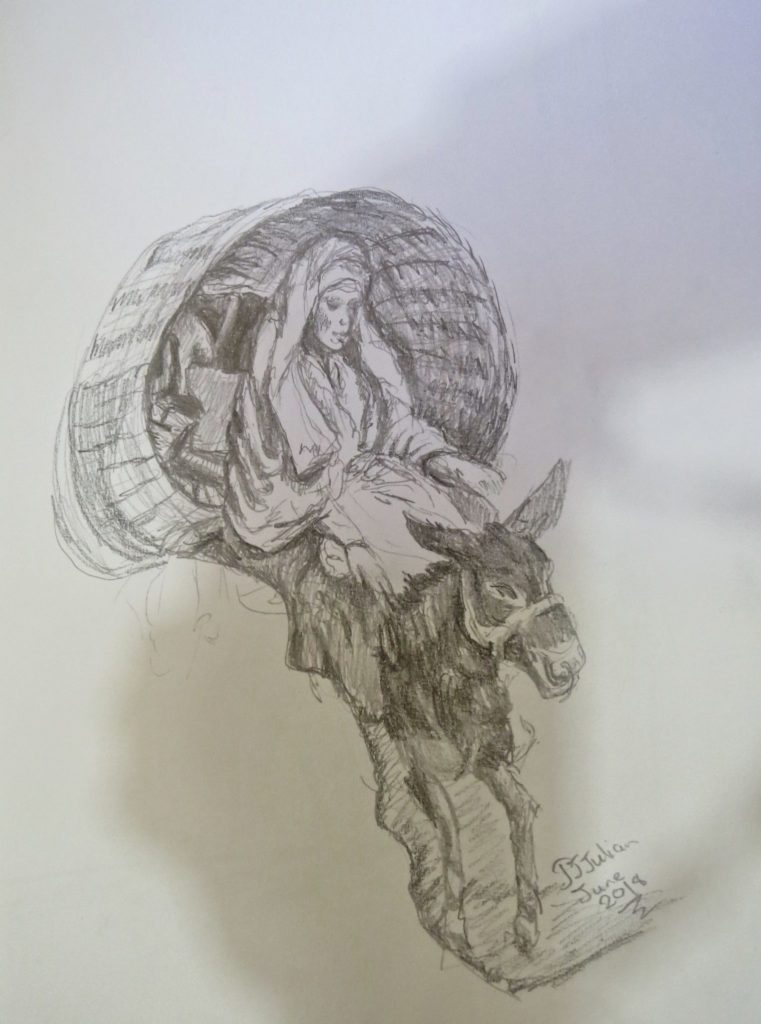 Here Mary is going on a journey by herself to her cousin Elizabeth, who is now pregnant with John the Baptist. Elizabeth greets her later.

It was a journey of faith, for the angel told her that Elizabeth who was always barren is now pregnant. Then tells her that she is with child herself with the man who will save, Jesus.

Then Elizabeth confirms everything that the angel has said and baby John is born. 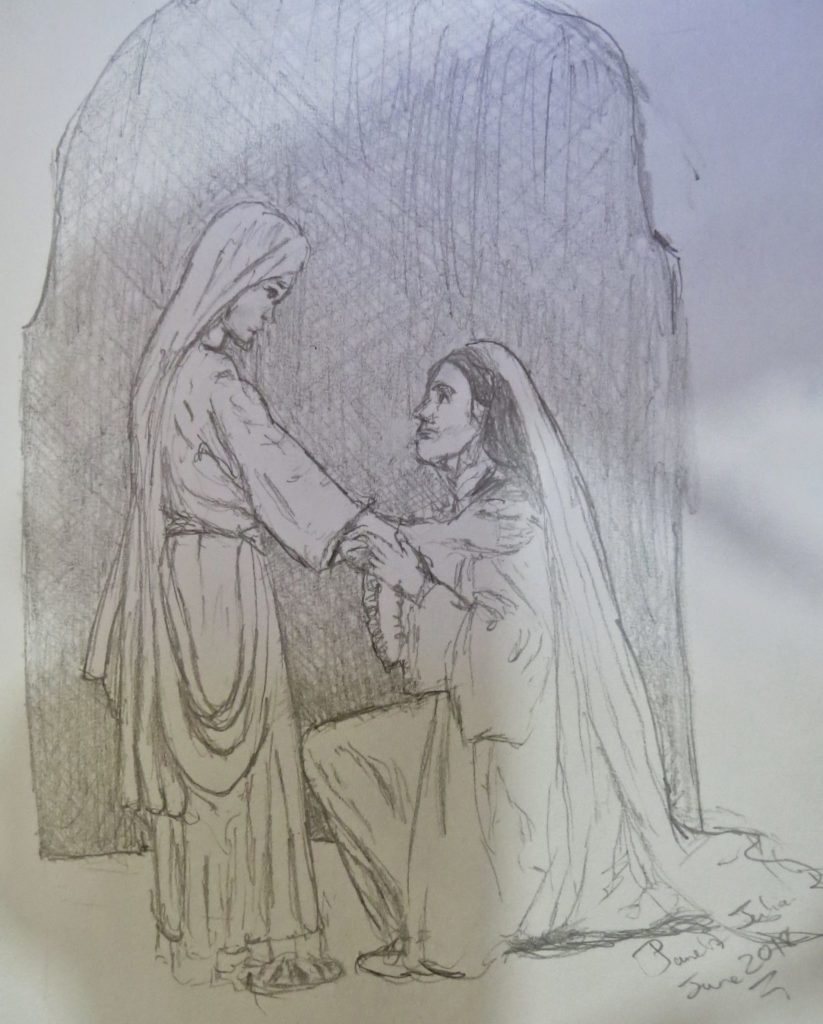 Im not really that happy with this drawing but maybe another will be an improvement. However, the ideas are out so far. More to draw later. 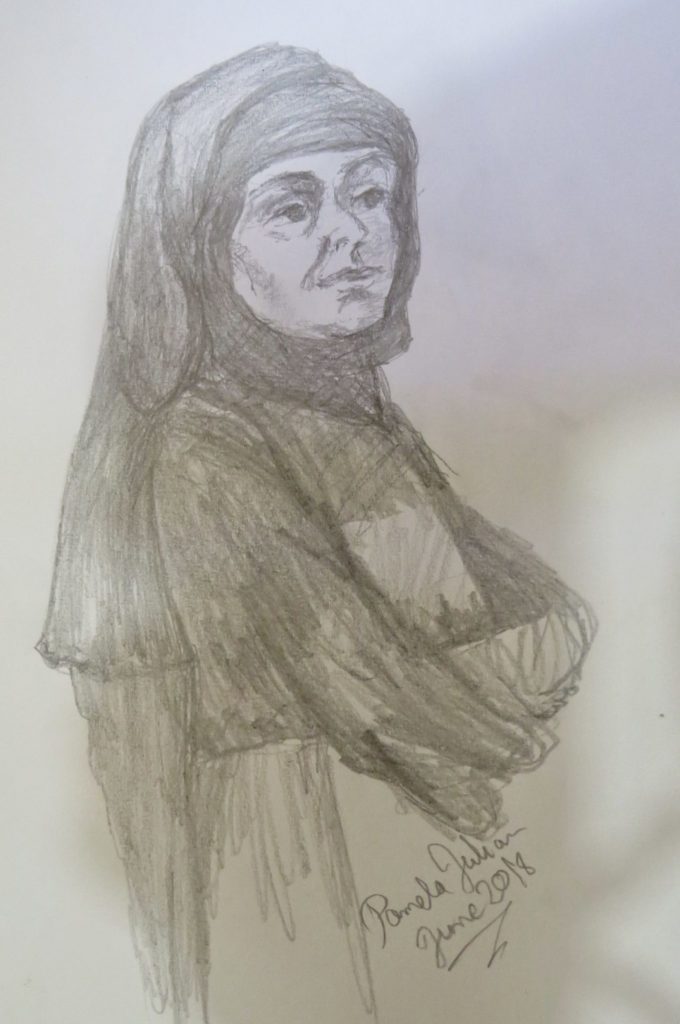 This is Anna, mother of Mary. Anna here is widowed and Mary her only daughter as far as we know. We don’t know in history whether there were others or not.

I have been to Nazareth in the early 80s. Its not much of a town and because of the historical significance, the church there has countless photographers and no longer has that peace. It is more like a Museum.

My own belief is that God speaks to us in silences, his love isn’t always as spoken. He speaks he’s not silent. Hence in Israel it was in the wilderness I found the presence of Gods Spirit, not buildings.

Art is a form of meditation and peace for me. I suppose you can use it for other forms of communications. The earliest man drew and communicated without words that way. I don’t think you have extra ordinary genes or to be some sort of genius to do art work. You just work at it on a daily basis.