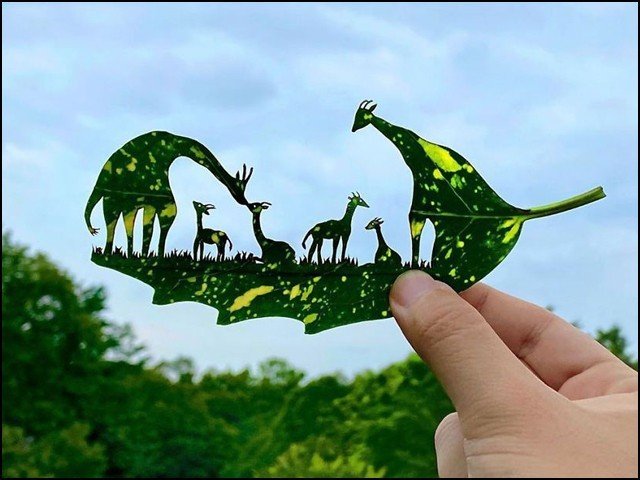 A Japanese artist is astonishing the world by turning the leaves into art,  but even more astonishing is the fact that this young man named “Reto” actually started making pictures by cutting leaves to fight a mental illness and gradually he became an expert in this field.

Reto currently has thousands of fans on social media, while he continues to showcase his art to the world through his Instagram account lito_leafart. In an interview with a local Japanese channel, Reto said that he was suffering from a disease called “ADHD” in which it is very difficult to focus on one thing.

To get rid of this condition, Reto cut the leaves from the trees and began to cut them into different shapes. It took him many hours to make such a picture, but the severity of ADHD was very low. As time went on, his skills increased and his mental illness became less and less.