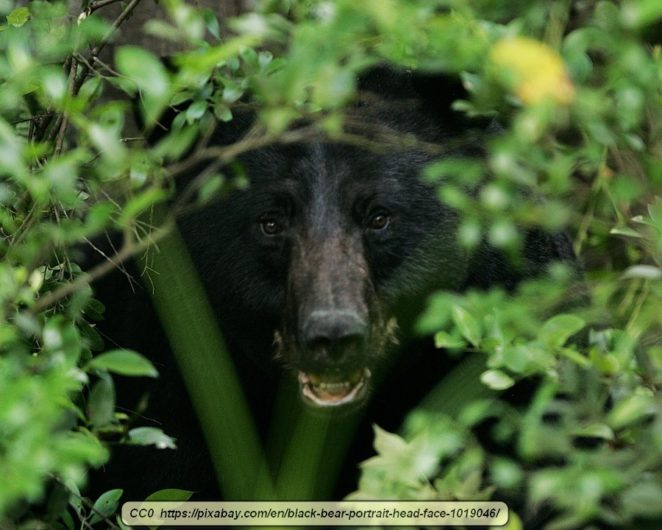 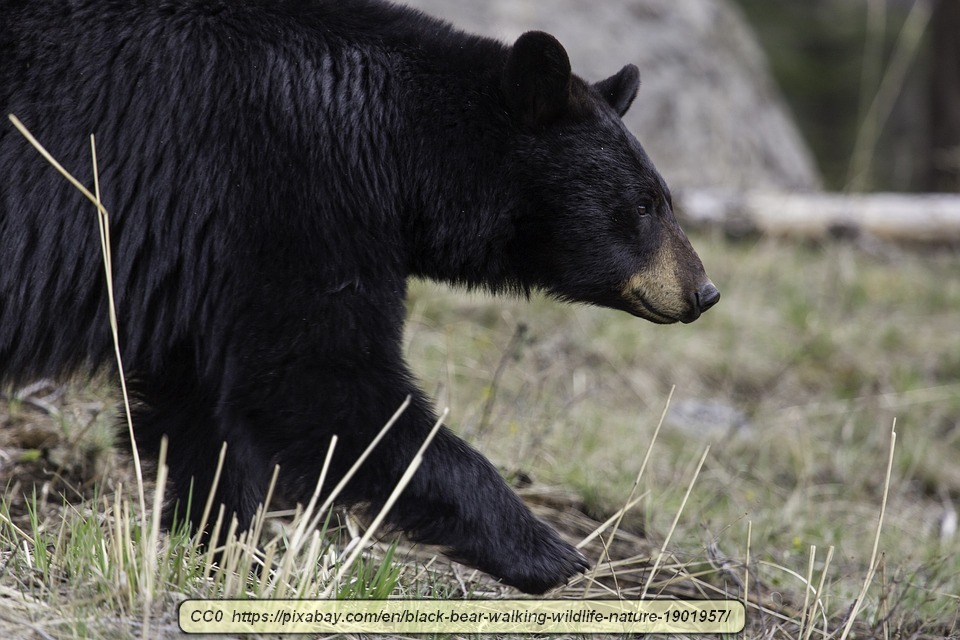 Every now and then, this story springs to mind. I still find it interesting after all these years, partly because the story is true. It happened many decades ago at Crater Lake National Park, where I lived at the time. It involved a male black bear, a ranger that I’ll call Ben and a peanut butter and jelly sandwich.

To fully grasp the story, a person should understand that black bears have an exceptional sense of smell. Many biologists feel that it is the best sense of smell in the animal kingdom and the American Bear Association states that a black bear’s sense of smell is at least seven times better than that of a bloodhound.

It happened on a nice warm day and Ben’s duties for the day were to simply stock all the campgrounds in the park with cut firewood for campfires. To do this, all he had to do is drive his pickup from one campsite to the next, stack up some wood out of the back of the pickup and move on. Ben liked the job, though others thought it was boring. Still, Ben hadn’t been working at Crater Lake for long.

At close to noon, Ben parked his pickup in the shade and decided to eat his lunch. It was a sack lunch with a peanut butter and jelly sandwich. Ben rolled the windows down a couple inches and got out the sandwich, then decided to take a cup over to the water fountain to get some ice cold spring water to wash his lunch down with. Without a thought, Ben put the sandwich on the dashboard, grabbed his cup and headed for the fountain. 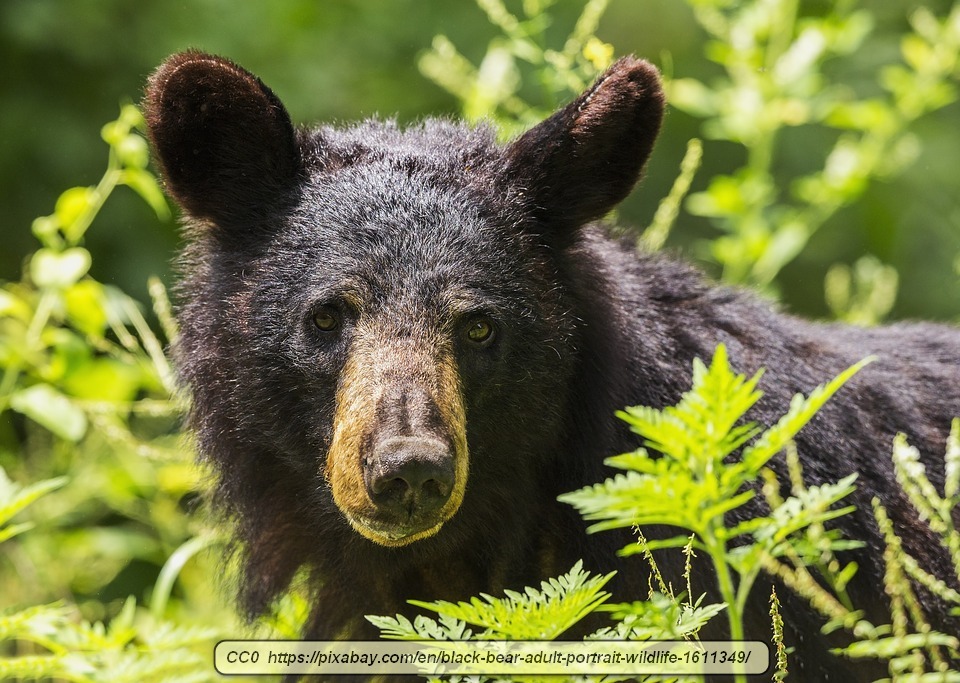 Meanwhile, Mr. Bear was out rummaging in the woods. He smelled something sweet, probably the moment Ben unwrapped the sandwich. Since “sweet” is a bear’s favorite food, Mr. Bear headed directly toward the smell. With a bear’s extraordinary sense of smell, he could have smelled it from three or four miles away, without difficulty. A bear can also cover that distance very rapidly. Bears are almost always hungry and Mr. Bear was on a single-minded mission.

Back to Ben – He’d got his cup of water when a park visitor stopped him and asked a few questions about the park. Ben was happy to answer and in so doing, he didn’t see Mr. Bear approaching the pickup.

The doors were closed, but Mr. Bear could smell the sandwich that was laying on the dashboard. What is more, he could see it. Circling the truck was of no use since both the passenger and driver side doors were closed. So, typical of a bear’s way of thinking, Mr. Bear merely reached up and removed the passenger side door as if it was so much paper, then discarded it on the ground. Bears are extremely strong animals, so it wouldn’t have taken much effort.

It remains an open question why Ben didn’t hear the door being ripped off its hinges, even from thirty yards away. The fact is that he didn’t hear it, though.

When Ben finished answering the visitor’s question, he headed back to the pickup with his water. He was musing over the questions and his answers, so he wasn’t looking at where he was going. There was no need, really, since it was a straight walk to the pickup and there were no obstructions in the way.

Ben was looking down at the cup of water when he reached the truck. He opened the door and sat on the seat with his back toward the passenger’s door, which wasn’t there anyway. It was laying eight or nine feet away, on the ground. Because of his position, Ben didn’t see Mr. Bear. By a coincidence, Mr. Bear was so focused on the sandwich that had obviously been set out just for him that he didn’t see the ranger. 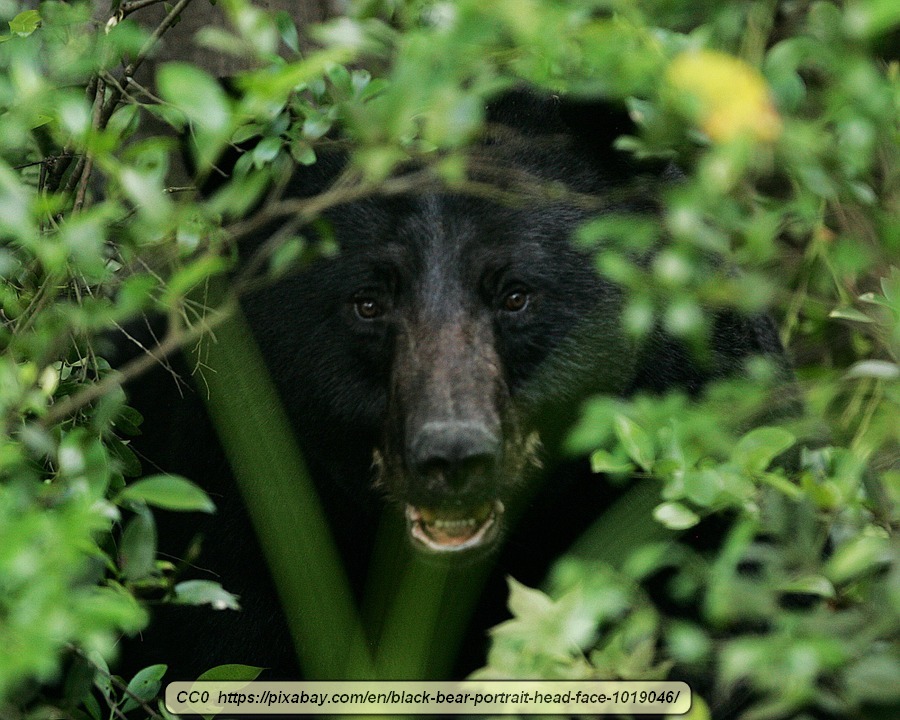 In that snap of sudden intuition, both man and bear became aware that something was wrong, at about the same time. Ben turned around at just about the time the bear looked up. It was a case of stunned ranger and startled bear with jelly smeared all over its snout, with only about a foot and a half separating the two.

The moment froze, then suddenly burst. Ben screamed and ran. The scream just scared Mr. Bear more and he shot out of the truck…through the roof!

Neither bear or man was harmed in the whole incident, however, Ben had quite a task explaining why the passenger door had been removed from the pickup and why there was a hole in the roof big enough for a 300 -pound bear to get through. For the remainder of the year, Ben was often the object of jokes involving bears.

Ben actually never did mind. He realized that he’d had a rare chance encounter and that the bear had simply been doing what was natural. Ben went on to become somewhat of an authority on black bears and their behavior. However, after that time, Ben never left food laying on the dashboard and always looked before entering a vehicle.

Ben was one of my neighbors at the park.