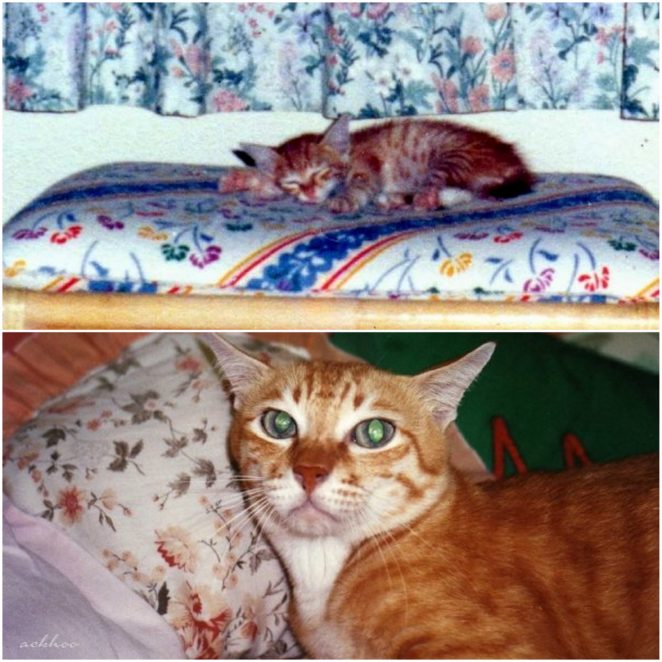 That’s my kitty! She’s gone now.  I just realised today she has been gone for 12 years now – 4th July yesterday was the anniversary of the day she left us. We had her for 20 years… a long time for a cat. The top photo was when I brought her home and had fattened her up a little.

She was a stray I found that had fallen from the ceiling of my then office.  Her mum must have gone up the ceiling space to have her babies and then when they were older, must have wandered around and fallen down through a weaker part of the store ceiling.  She was a great indoor cat, never went out and didn’t like strangers coming to the apartment. She would go into hiding until after they had left. She had many adventures even though she just stayed indoors. I didn’t get another cat after her.