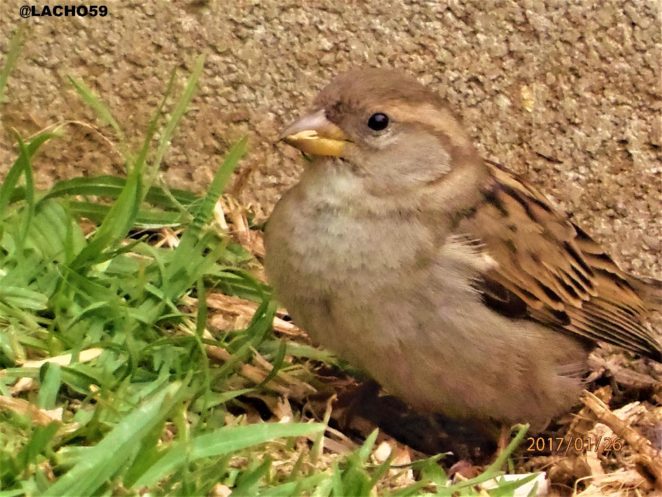 The sparrows originate in Africa, but they have spread to Europe and Asia, and with human intervention they have been settled in North America, Australia and New Zealand.

Unlike many other birds, sparrows can not be found in forests and deserts. They prefer life near the populated areas – both urban and rural.

One of the reasons why the sparrows have adapted to living in the populated areas is the abundance of food in the past, when a lot of domestic animals were grown in the settlements. Today, in many places in Europe, they have learned to accept the food offered by people in feeders, a tradition that began in the 60s of the twentieth century.

The sparrows are grainy in nature, but feed their little ones with the richer insects, larvae, worms, and others.

The sparrows build nests under the roofs, under bridges or in tree trunks, but also in the branches of trees and shrubs.

The male is responsible for building the nest. During the construction, he tries to attract the female. It can help build further if she decides to form a pair with just that male.

Sparrows are not terrestrial animals but aggressively defend their own nest of other sparrows.

Until recently, the sparrows were thought to be monogamous. Recent genetic analyzes, however, show that only a small percentage of the eggs contain DNA from both parents (or in other words: both male and female sparrows tend to infidelity).

Most couples try to grow at least 2-3 hatchets a year. The hunting season takes only 11 days, and two weeks later the young birds leave the nest.

Spanish and domestic sparrows often nest on colonies at the base of nests of white storks.

Sparrows are very social and live in colonies.

Although sparrows do not belong to the group of waterfowl, they can swim very quickly when they are saved from predators.

There are cases of sparrows that live and multiply in caves underground or others who spend their entire lives in warehouses, proving they are very adaptive birds.

Sparrows can survive between 4 and 5 years in the wild.

Cats are the biggest enemies for small domestic sparrows, killing a large number of inexperienced birds shortly after leaving the nest.