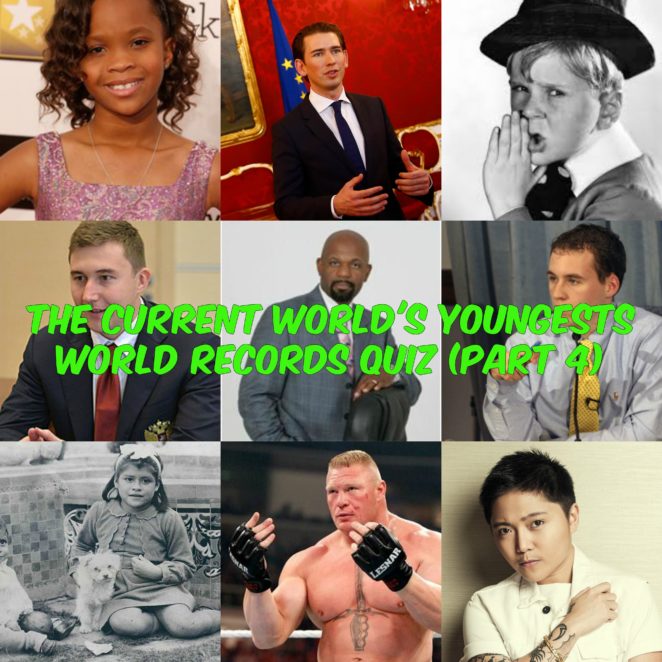 So are you ready to gain some extra knowledge without reading Guinness World Records Book 2018 Series Edition? If you are, then better check out these featured latest records about world’s youngests.

Good luck and have fun!

If you haven’t took my previous quizzes yet, just check out these links below:

Do You Know Who or What Holds the Current World’s Oldest Records? WORLD RECORDS QUIZ (Part 3)

Do You Know Who or What Holds the Current World’s Smallest Records? WORLD RECORDS QUIZ (Part 2)

Do You Know Who or What Holds the Current World’s Tallest Records? WORLD RECORDS Quiz (Part 1)