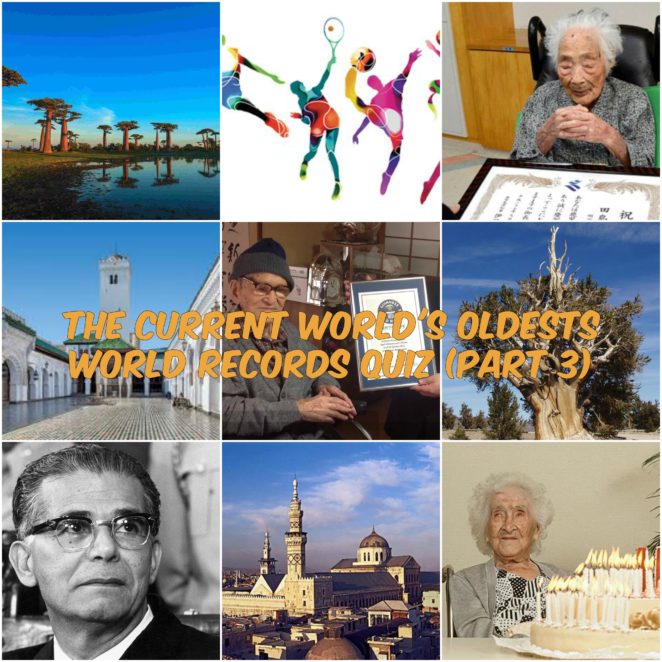 It’s good to be back in this series of quiz. It’s been a long while after I published my second quiz 18 days ago for this series which is all about world’s smallests. Now, I’m back to challenge you this time on the third quiz for this series. This time, it’s all about the latest world’s oldests.

So are you ready to take this quiz? If you are, then good luck and have some fun for this third quiz.

Hope you will share your result too and make sure to get 6/10 for a passing score.

Enjoy and learn something new today.

If you haven’t took my previous quizzes yet, just check out these links below:

Do You Know Who or What Holds the Current World’s Smallest Records? WORLD RECORDS QUIZ (Part 2)

Do You Know Who or What Holds the Current World’s Tallest Records? WORLD RECORDS Quiz (Part 1)