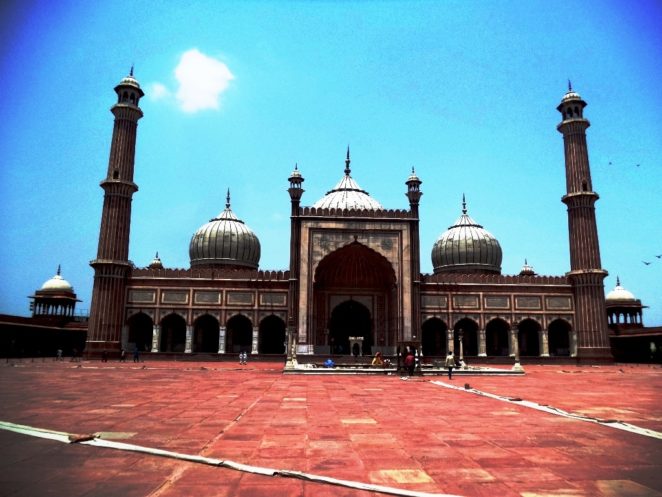 The cove Image is that of Jama Masjid the world famous mosque is one of the most visited religious places in the world. I have seen it from inside and taken several pictures from time time time. I am not a Muslim but that does not stop me from going there. Incidentally, the mosque is built by Mughal Emperor Shahjahan who also built the famous Tajmahal.

Now the second image is that of a Jain temple on my way to a nearby town built by a Jain king in ancient time and I like its architectural beauty. I am not a Jain either but I have gone inside and taken several pictures of this temple too.

My question is do you like to visit places which are not related to your own religion?