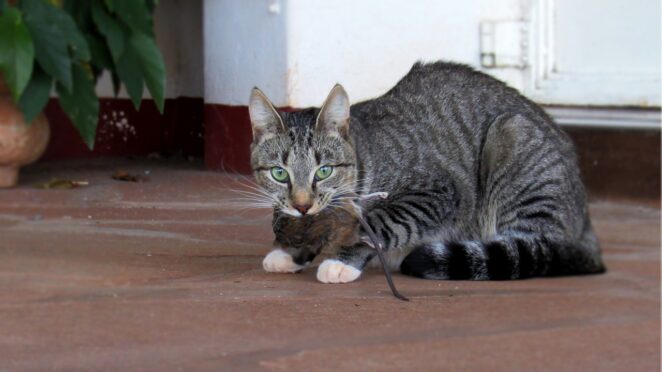 Perhaps, the most playful animals in the world are cats followed by dogs. Why am I saying this?

I have observed several times cats playing with their prey before killing and eating them. In one instance, I saw a cat that had captured a lizard. After biting the lizard, the cat let it off, rested on its four, and watched the lizard escaping before jumping on it again.

A tail was bitten off. It was let loose only for the cat to start playing with it using its claws, jumping, laying on its back all the while playing with a prey that was doing all it can to escape from the hold of its predator.

I don’t know why they play with their prey. Anyone who has an idea?