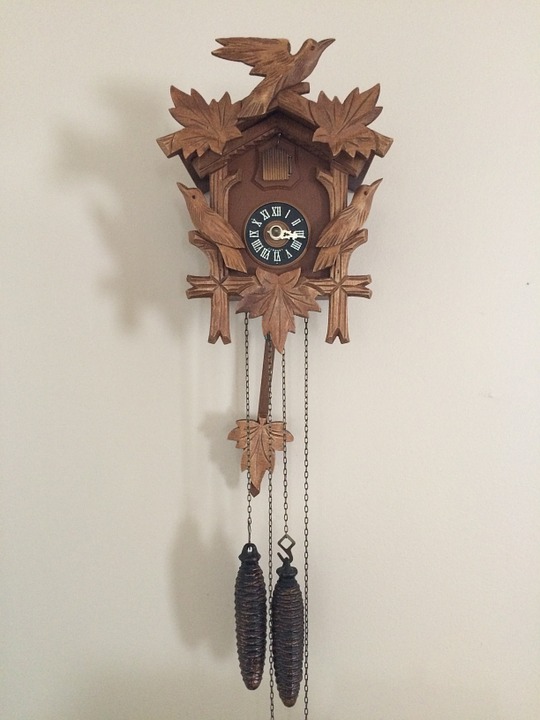 We tried our best to get it to work but sadly now it will only be a memorabilia having served us for well over 19 years.

I had bought it in Germany from a  shop in the Black Forest Area.  They were making those clocks there.  They were selling other items too and I bought the lamb soft toy from this shop.

The shop was designed like a cuckoo clock and on the roof were dolls that danced to the tune of the cuckoo clock.  We were particularly required to be there at twelve noon as that was the time the cuckoo clock had the most number of chimes

Our Cuckoo clock will now only be a  memory. Pulling those chains used to be a routine every single day.

In its place we will have to get something else as we are so used to looking at that spot to see the time. It  will not be another cuckoo clock, though