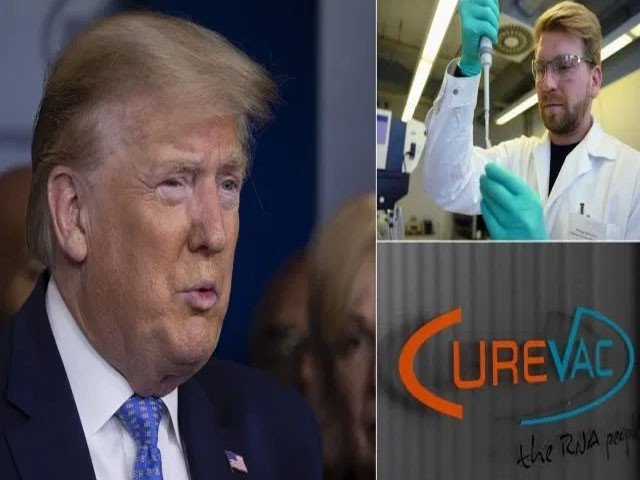 German pharmaceutical company ‘CURE VAC’ has had significant success in the preparation of the Corona virus vaccine, but this has already led to a dispute between Germany and the US over vaccine ownership.

German newspaper claims that the US president contacted German scientists during the vaccine preparations and was tempted to pay huge sums to get the vaccine. President Trump wanted the proprietary rights of the vaccine so that anyone in the world who needed it would buy it from the United States.

Meanwhile, scientists from German pharmaceutical company CURE VAC told local media that we have notified our government of the US President’s rejection and Diplomatic accusations between the two countries have began after the statement of scientists.

A branch of the pharmaceutical company ‘CURE VAC’ is also located in the US city of Houston, and the US president exercises his influence on that branch. The German interior minister has formed a committee on this important issue, which will hold an important meeting on March 16.

The German Minister of Health said in a statement on state TV that Germany is not ready to sale, that the vaccine is being developed to serve humanity, whose proprietary rights cannot be assigned to a single individual or country. against this epidemic we have to fight with unity.