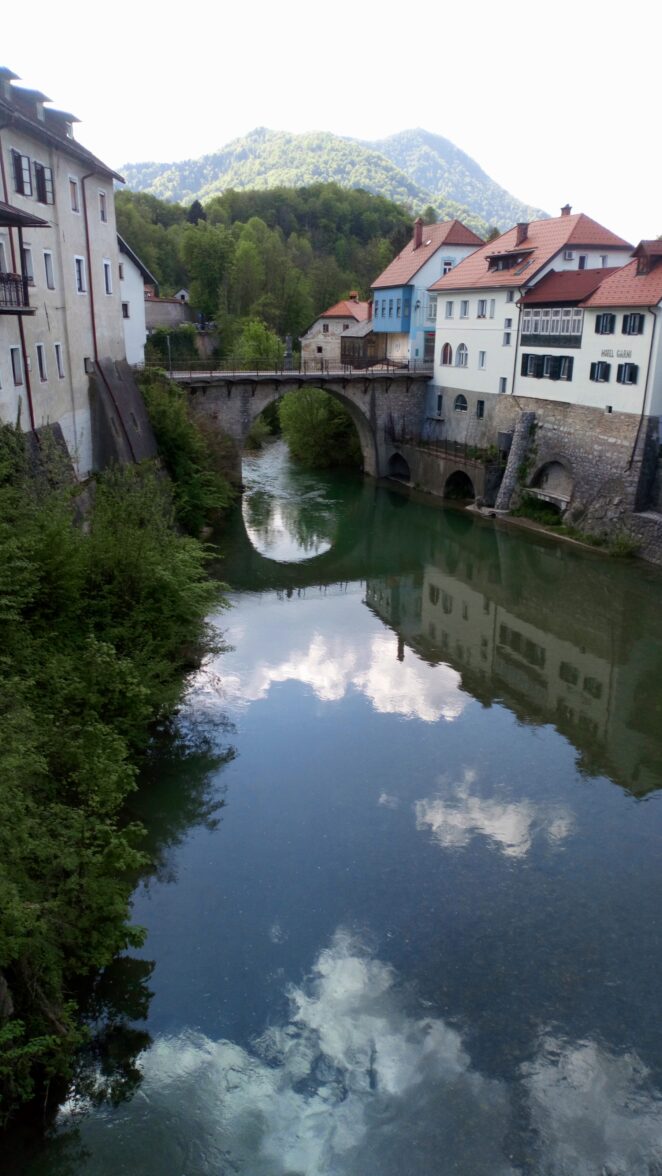 Sora is a river in western Slovenia, a right tributary of the Sava, which forms at the confluence of Poljanska and Selška Sora in Škofja Loka. I took this picture during my walk around the medieval town of Škofja Loka. Although almost the entire Sora river basin is in the Pre-Alpine hills, the river has a pronounced Dinaric rain-snow regime with the first peak in late autumn (November and December) and the second peak in spring (March, April). The autumn peak is due to abundant autumn precipitation, which often falls in the form of multi-day rains, and less evaporation due to lower temperatures, while the second peak is due to spring precipitation and melting snow in the hills. The summer low is very pronounced, when there is on average half less water in the river than in the winter months.