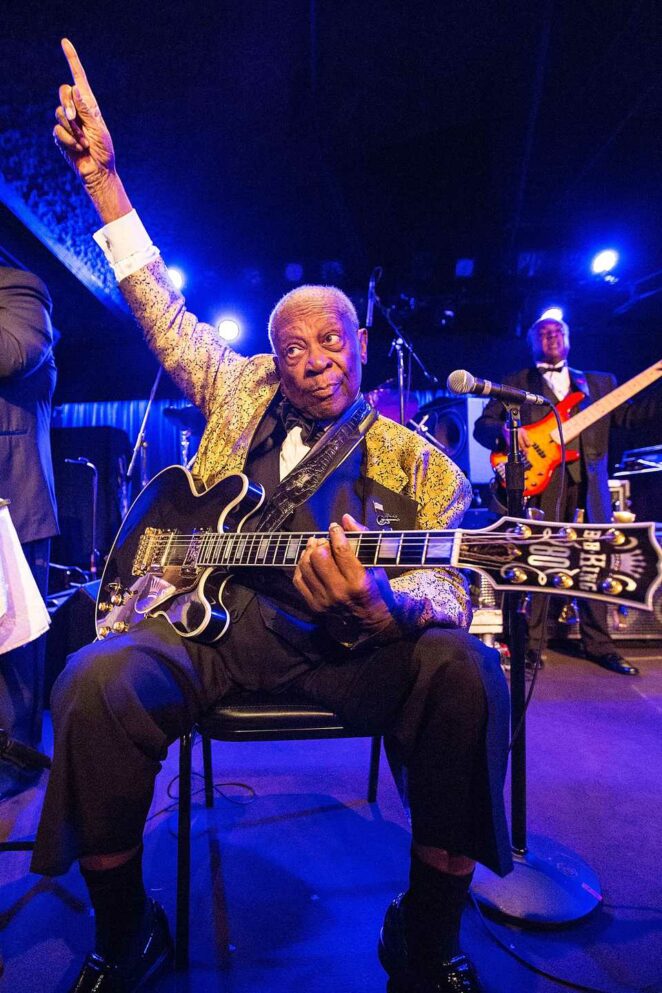 Another song to share.  The blues is a type of music I always enjoy. BB King was always one of my favorites.

For more than half a century, Riley B. King – better known as B.B. King – defined the blues for a worldwide audience. Since he started recording in the 1940s, he released over fifty albums, many of them classics.

He was born September 16, 1925, on a plantation in Itta Bena, Mississippi, near Indianola. In his youth, he played on street corners for dimes, and would sometimes play in as many as four towns a night. In 1947, he hitchhiked to Memphis, TN, to pursue his music career.

Memphis was where every important musician of the South gravitated, and which supported a large musical community where every style of African American music could be found. B.B. stayed with his cousin Bukka White, one of the most celebrated blues performers of his time, who schooled B.B. further in the art of the blues.

My Dad played a guitar for many years, he enjoyed music as well. He too had a Gibson guitar he always pIayed.

I  always think of him when I hear this guitar played by BB King. Enjoy!