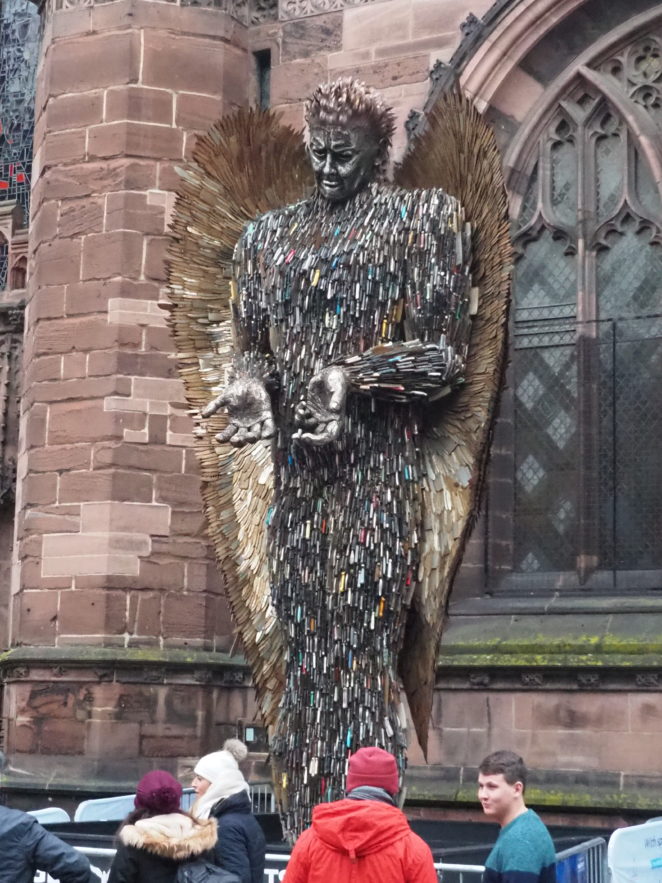 The Knife Angel is a remarkable work of art that has a profoundly important message to get across.

It was created by Alfie Bradley at the British Ironwork Centre in Shropshire, England, and it consists largely of bladed weapons that have been collected by UK police forces from knife amnesties. There are around 100,000 such pieces in this work, including penknives, flick knives, samurai swords and machetes. All the blades were blunted and sterilised before being incorporated into the Angel.

The Knife Angel has been seen by many thousands of people during its tour of the United Kingdom. The photo seen here was taken outside Chester Cathedral during its month-long stay in November 2016, this being only one of many venues during its long, slow tour of the country.

The object of the exercise is to bring home to people the terrible consequences of knife crime, which has taken the lives of many people in this country, most of them being young people who had their whole lives ahead of them but were lost to their families and friends due to a moment of anger on the part of another young person who was carrying a knife.