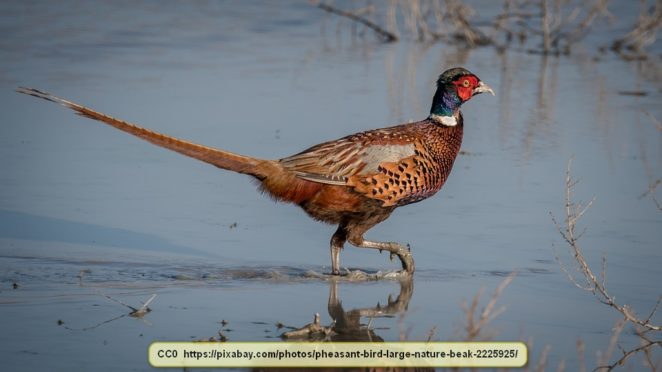 With about 5,000 species, it isn’t unusual to hear people refer to seeing one songbird or another. I occasionally even share pictures of songbirds, especially those found in Montana. However, a great number of people believe in a major misconception that is largely due to the inaccurate name.

The misconception is that songbirds all have melodic and pretty songs and that any bird that has such a song must be a songbird. This idea is totally false.

The designation of songbirds is given to a group of Passeriformes or perching birds. Perching birds are so called because the toes of their feet are adapted to perching on branches and twigs. These birds have three toes that face forward and one that faces backward so they can grip a branch. Over half of all birds are Passeriformes.

Not all Passeriformes are songbirds, though. The designation of ‘songbird’ is given due to the way that the vocal cords are formed, which allows the birds to have a complex song. This is a point of confusion, however. This is due to the fact that just because they have vocal cords that are capable of a complex song doesn’t mean that a given species will have such a song. It just means that they could have.

Some songbirds actually have songs that are monotonous and consist of basically the same note repeated over and over. It is hard to even refer to this as a song. For example, a chickadee is a songbird that has a repetitious song that is described as if the bird was singing “chick-a-dee-dee-dee”, with little variation of the pitch of the note.

In fact, some songbirds have songs that are downright annoying. Ravens and crows are Passeriformes that have a rather obnoxious call. Yet, their vocal cords are so complex and the birds are so intelligent that they are capable of mimicking other bird calls and various sounds.

At the same time, there are birds that aren’t songbirds that have melodious or attractive songs. An example of this is found with the pheasants. Many people love the sound of pheasants and quail, yet these are not songbirds.