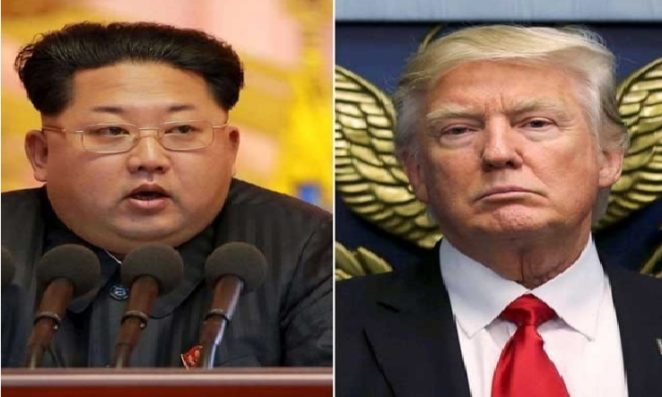 US President Donald Trumpp says if his meeting with North Korean leader Kim Jong has been good, he can invite him to visit a US.

During the joint press conference with Japanese Prime Minister Shinzō Abe in Washington DC, the US President said he is going to have a friendly conversation with the North Korean President, so do not want to used the term ‘more pressure’ for North Korea.

The Donald Trump said that there will be a possibility of a deal between Kim Jong and his meeting in Singapore, and there is possibility of  agreement to end the Korean war.If this meeting goes good then he can  invite Kim Jung to visit a US .

It is clear that the meeting between Donald Trump and Kim Jong in Singapore has been announced this month. This meeting will be the first official meeting of the heads of the two countries. The US President Trump summoned the reporters after discussing the 12th meeting.