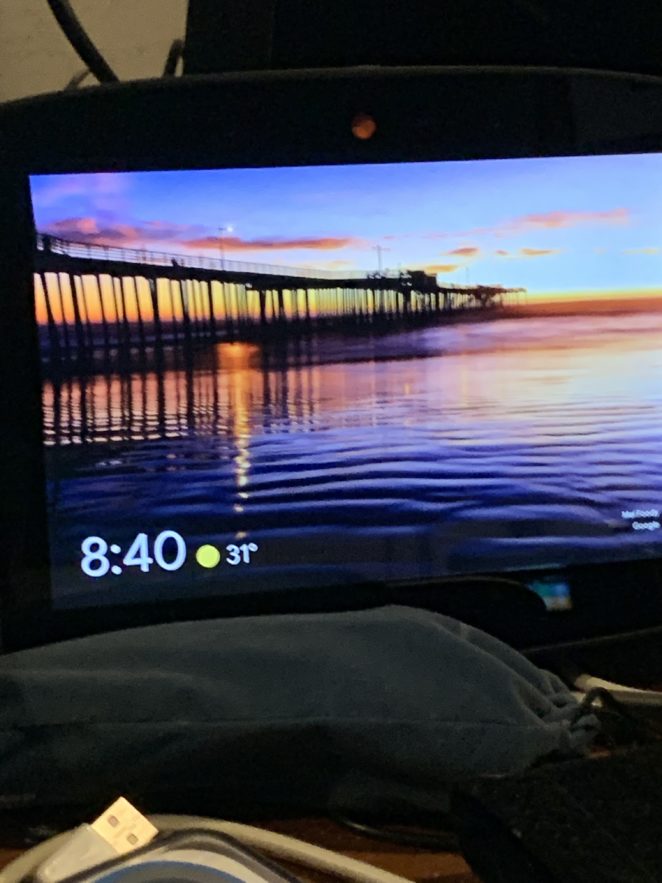 Yesterday was a moving thing around in the basement. Mostly getting things into the previous room that was my daughters. Now, it is once again my second office. Well, it is a second guest room that I have my office stuff in. The other thing in that office is the desk my grandfather made for me when I was born. It has a plague my dad added on it; it was in his office for years. I have my dad’s old principal desk and the desk my mom had made in Thailand. My sister and I used the desk in Thailand, and it is in my wife’s office now. I guess old desks are critical; we also have the old rolltop my grandfather had in his office both at the Lake and later when they moved back into town.

Now I have more room in the basement which is nice. There are things I need to move around still, and I need to set up several technology things, but I am closer now than I was. I have been enjoying the Google Home device in my office. My wife has the Google Home Speaker in her office. It works very well for what she uses it for (listening to music). I have the Google Home from JVC that allows me to watch YouTube videos and interact with Google. One of the things that I really think is cool is starting a video on the Google Home and then projecting to the Keecker. We moved Keecker to the basement yesterday, and I watch several Youtube videos to play around with that functionality!

I posted a new question on MyLot about the Google Home devices.  The Google home is more than just this Google Home. IT also includes connections to Android Devices, Chromecast (it acts as a Chromecast) but it connects to all the Google Devices in your home. That includes the Nest Smart Thermostat, and the NEST home smoke/CO detectors.

As we move further and further into the connected further, more and more devices will be connected. Are you ready for that?

(PS no rating as this is not a review).