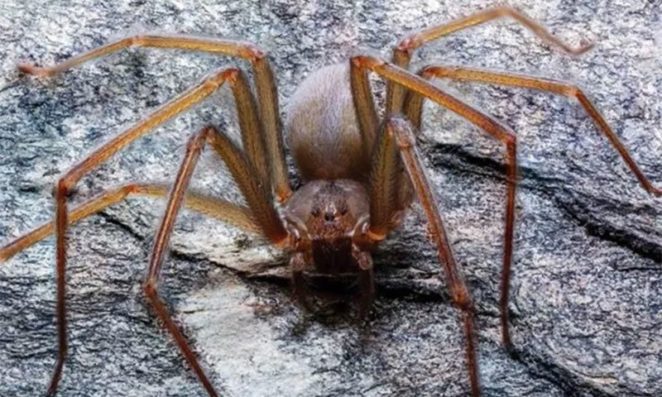 Snake venom is generally considered to be deadly to humans, but there is also a spider whose sting can force human flesh to melts. Scientists at the University of Mexico have discovered a new type of spider called Loxosceles tenochtitlan.

This spider was discovered in Mexico Valley, which is located near Mexico City, and it was named Tenochtitlan, the capital of the former Aztec empire.

This is one of the types of spiders that are considered poisonous, although the poison is not life-threatening, it eventually causes the skin to swell and become a permanent mark. There are many different types of spiders of this breed in mexico and 40 of the 140 types of spiders are found here, while the newly discovered spider is native to Mexico.

It was previously believed that this new breed of spider reached the region through ornamental plants, but from their biological tests, we discovered that the reality is quite different. Usually, these spiders try to stay away from humans, but they sting if they feel threat.

In urban areas, the spider prefers to live in warehouses or garbage, where they are easily find their hunting, but they also reaches into homes where it hides in clothes, furniture or walls.