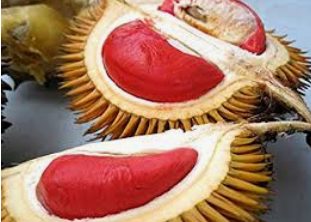 Of the various delicacies found in the naturally rich earth of which we inhabit, some are beautiful, delicious, pungent, and some are gross. Others such as the Durian fruit are a bit of the above and with a pinch of smelly and delicious. This southeastern fruit is notoriously known for its odor that is described as diverse as the people of the world.

Popularized by the internet, many have recordings of their often humorous and frequently disastrous experiences with this strange fruit, the awful smell yet unique, even delectable taste has made for the publicity online. Of the various delicacies found on the naturally rich earth which we inhabit, some are beautiful, delicious, and pungent. The exotic fruit is native to Southeast Asia in countries such as Malaysia, Indonesia, Brunei with Thailand as the major exporter of the fruit at nearly 56% (800,000kilo’s) of worldwide production. 2. The durian trees grow 90 to 130 feet tall and are often 4 feet in diameter is strictly tropical conditions, oddly, if the daily temperature exceeds 72 degrees Fahrenheit, the fruit stops growing.