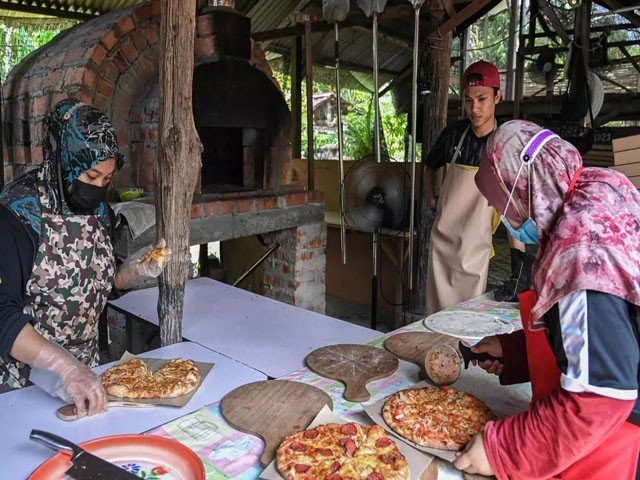 The Corona epidemic has wreaked havoc on the world economy, leaving millions jobless and home stoves cold, but there is one family in Malaysia who made an oven in their backyard to make pizza.

A family in the village of Jimapoh, south of the Malaysian capital, used to make and sell scarves, but they had to stop because of the Corona lockdown. Instead of sitting idly by, the unemployed family arranged to make pizza at home in the traditional way.

Using local herbs, spices, meat and other things, including mozzarella, made delicious pizzas according to health and food parameters.The family named the pizza “pandemic pizza” because of the work they started during the Corona epidemic. The family also set up a ‘Dine Inn’ in the backyard, but as the fame grew, they added two of their own rooms to the restaurant.

The head of the family, Rodha Hassan, told the media that the work has gone so far that we have hired 20 people from the village, more than 800 pizzas are sold daily and we did not expect much success.