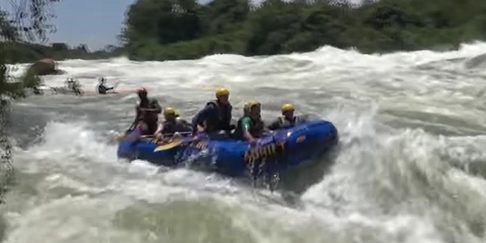 Have you ever tried shooting the raids in an inflatable? There are few things in life more exhilarating than this. Possibly staring down a lion, a hippo or a wildebeest. But hey, that would be one adrenaline rush I won’t rush to meet u with, anytime soon. Admittedly, these shots were taken a good many years ago and many things have changed since then, for one, due to the progressive decline in rainfall in sub-Saharan Africa, the once-mighty Zambezi river is now but a puny trickle which does not even reach the now silent Victoria Falls.