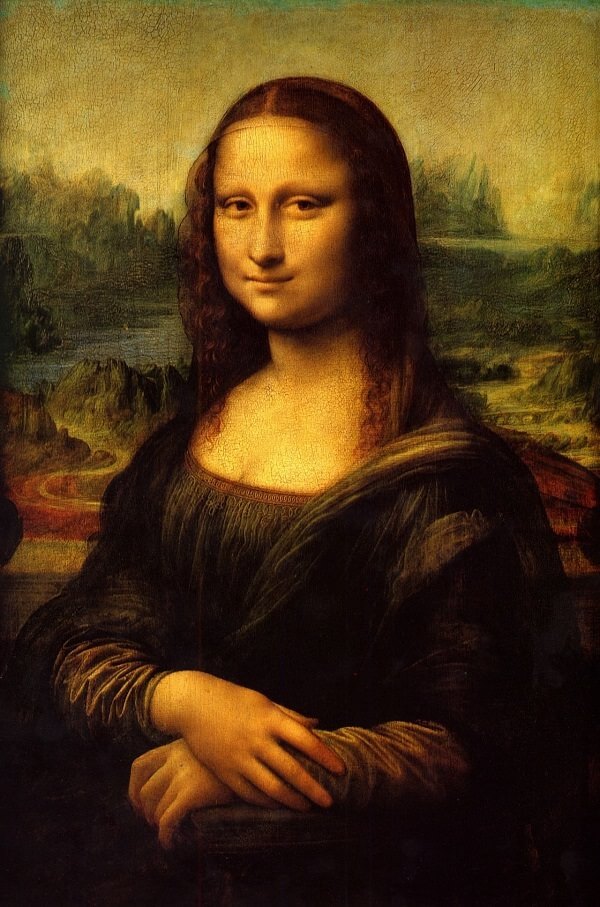 Thanks to Doc after a conversation we were having about smiles and how much are they worth.

The Mona Lisa Smile came up and I started thinking about the secrets behind this famous smile.

1. She lived with Francois I, Louis XIV and Napoleon

Although da Vinci began work on his masterpiece while living in his native Italy, he did not finish it until he moved to France at King Francois I’s request.

2. Some historians believe Mona Lisa is a self-portrait of Leonardo da Vinci.

Leonardo da Vinci died in 1519, and he is buried at a French castle. Italy’s National Committee for Cultural Heritage is undertaking an investigation, and plans to dig up his skull. They want to rebuild Leonardo’s face, using CSI-style technology. Will he resemble the mysterious Mona Lisa?

3. She has her own room in the Louvre Museum in Paris.

After the Louvre launched a four-year, $6 million renovation in 2003, the painting now has its own room. A glass ceiling lets in natural light, a shatter-proof glass display case maintains a controlled temperature of 43 degrees F. and a spotlight brings out the true colors of da Vinci’s original paints.

4. It is a painting but not a canvas.

Da Vinci’s famous masterpiece is painted on a poplar plank. Considering he was accustomed to painting larger works on wet plaster, a wood plank does not seem that outlandish. Canvas was available to artists since the 14th century, but many Renaissance masters preferred wood as a basis for their small artworks.

5. Jackie Kennedy invited her to visit.

Over the centuries, French officials have only rarely let the painting out of their sight. However, when first lady Jackie Kennedy asked if the painting could visit the U.S., French President de Gaulle agreed. “Mona Lisa” went on display at the National Gallery of Art in Washington D.C. and then at the Metropolitan Museum of the Arts in New York City.