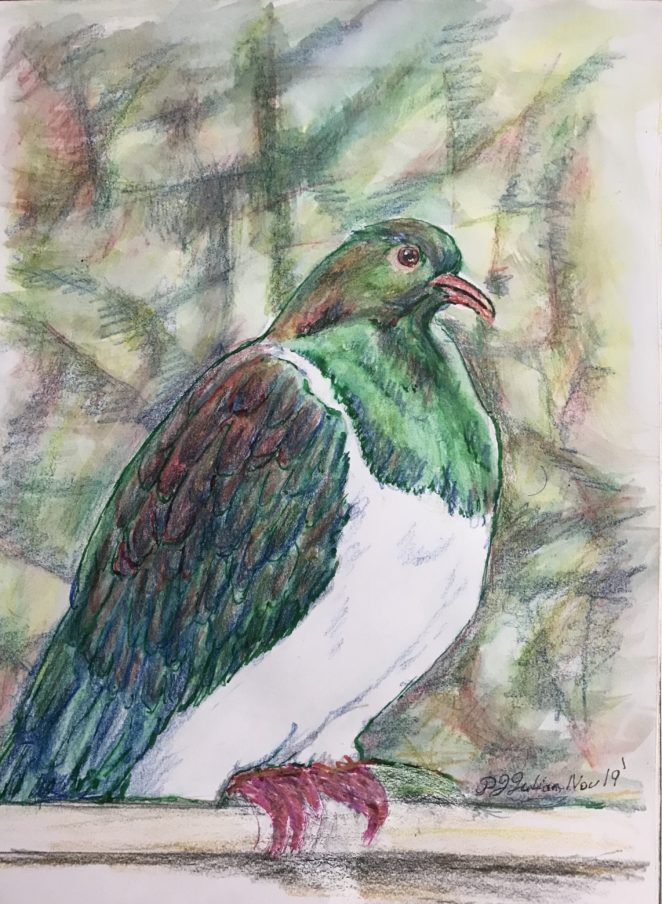 I photographed a NZ Woodpigeon in the Auckland Zoo. It is a she.

She looked at me and cocked her head. I asked her if I could take her photo and she frowned but I took several photos and she did not panic. It was almost if she wanted to know who I was but did not say so. Then she hopped on a perch and looked at me.

There has always been something nice in the manner of the NZ Woodpigeon.

When the photos were downloaded on my camera, I cropped the photos. I have found since some sites don’t like you cropping photos and could not use the photo for my bird calendar. For some reason the calendars did not like cropped photos.

So I decided to draw her and here she is. It took a while because the birds feet were once the size of red sausages, Now I have altered them to an acceptable size.