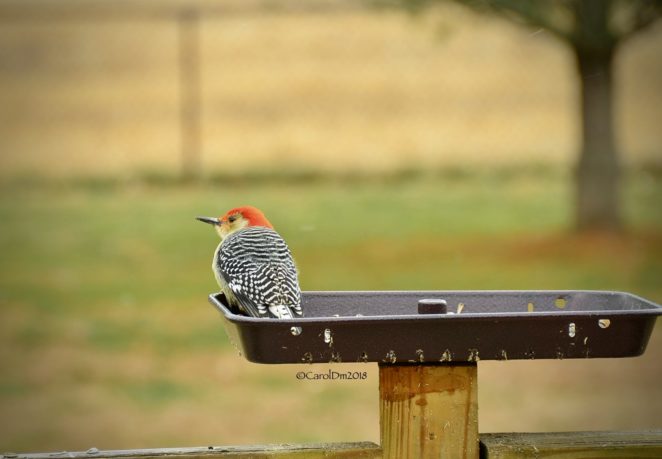 Finally snapped a photo of this beautiful woodpecker. I always thought they were called Red Headed woodpeckers until I did further research. Red bellied Woodpeckers are common in many Eastern woodlands and forests, from old stands of oak and hickory to young hardwoods and pines. They will also often venture from forests to appear at backyard feeders.

The gorgeous Red headed Woodpecker is so boldly patterned it’s been called a “flying checkerboard,” with an entirely crimson head, a snow-white body, and half white, half inky black wings.

Now I know what I have been seeing all of these years is called a Red Bellied Woodpecker. Nature has so much to offer. The learning never stops.