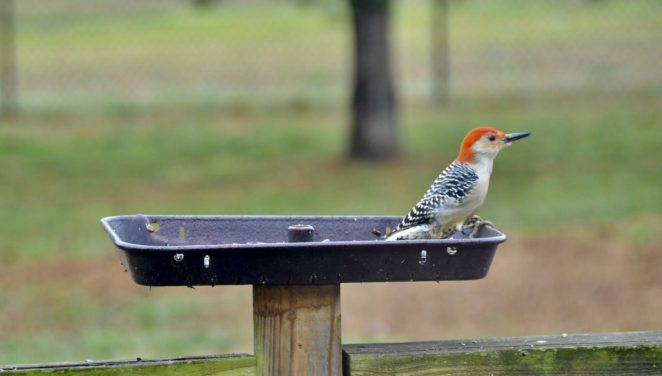 Sharing another photo with my series Carol’s Backyard Birds. This one I have named Ivar. If anyone watches the show Vikings, you will understand the name. If not, you can still see his beauty. He visits the deck when I put out the sunflower seeds.

You would think with that red head, he would be called a red headed woodpecker.  But you would be wrong. He is called a red bellied woodpecker. Amazing to learn about these birds. The male has the red that covers his head and around his beak. The female doesn’t have as much red.

Love seeing these woodpeckers. The funny thing is he is about half the size of the blue jays, but he runs them off. Four and five at a time, he ran them off and sat in the middle of the feeder eating the sunflower seeds. So cool to watch nature and the birds.