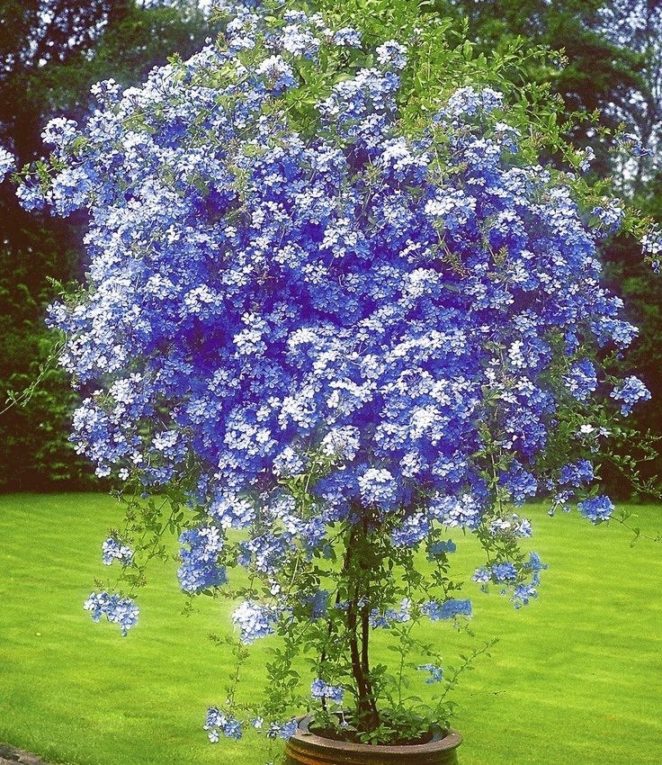 Plumbago is an interesting plant that will be beautifully decorated in the garden with its tiny flowers gathered in balls. Plumbago is an interesting garden plant, with tiny flowers gathered in balloons, the most common turquoise colors that attract butterflies. Bloom from early spring to late autumn. Stops blossoming only during the winter months. Flowers are formed with lateral shoots and are harvested in the bush’s grass.In tropical and subtropical regions, her oval leaves are green throughout the year, while plants grown in our gardens fall during winter.

Plumbago can be cultivated as a climber, which needs to be provided with ladders or grids around which it will engage its owners, or it can be shaped like a bush. In this case, early in the spring, before the first buds appear, all young shoots should be cut off, so that the branches are denser and blooms more numerous and larger. Plumbago does not endure the best winter cold, so it is better to plant it in a pot, which you will keep in the garden or on the balcony during the warm weather, and before the first frosts, enter the room that is not heated.