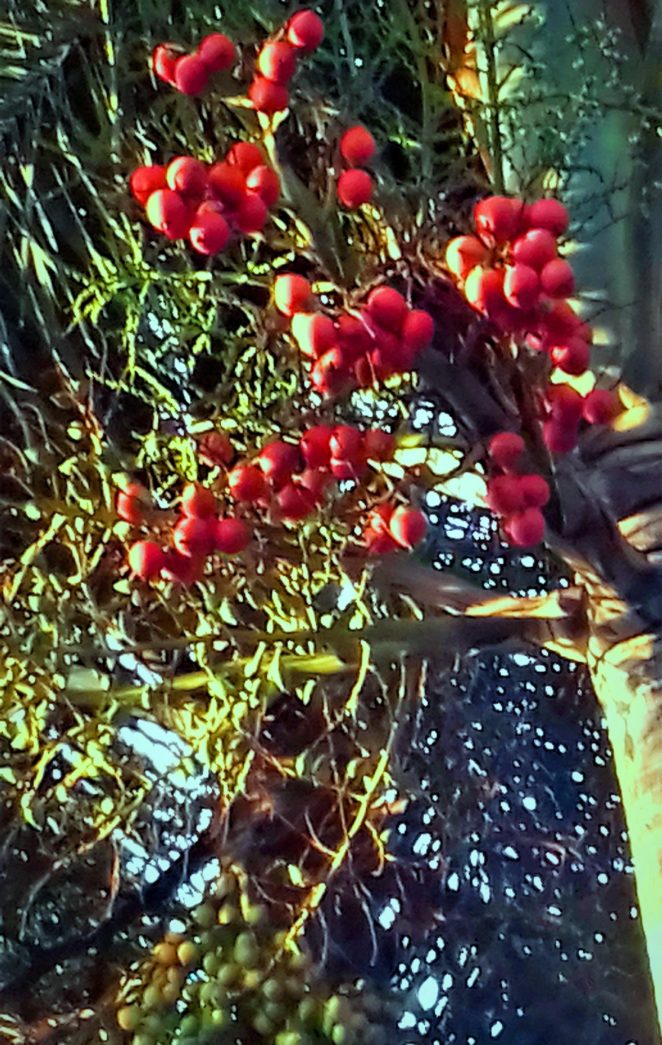 That foxtail palm fruit already turns red. For the past few weeks, I have not noticed it, while the last time I noticed it was still yellowish green.

I think this is a typical human reality too. If you see or pay attention to someone or with frequent or continuous then we will have a little difficulty seeing or feeling a change, but if you don’t see it for a certain amount of time, you will realize that something has changed.

I even lost orientation in a certain part of Jakarta some time ago because I didn’t come to the area for a long time, also like a college friend I had difficulty finding my mother’s house, the house I lived in since I was a child which also gathering place for many friends, and once again as a meeting point after he moved out of town two years ago. He also fails to recognize my two daughters after seeing them last time four years ago.

In this case, we can be like to stand on one of the two ends of the lever with different effects. At the edge of A, we who continues to see like losing the change process while at the edge of Z we will lose familiarization or orientation.