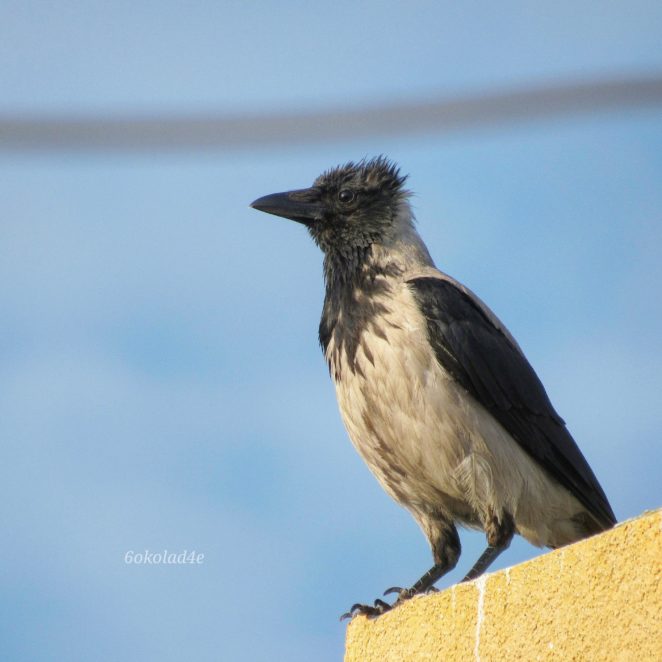 Here’s another summer memory – a photo of a hooded crow. His or her feathers look a bit funny because they are wet. The crow had probably just taken a bath.

This type of crow is very common here, and people don’t pay much attention to it, but it turns out that it has a particular significance in certain cultures. In the Scottish highlands and Ireland, the hooded crow is associated with fairies.

In Faroese folklore, young women who were not married would go out on Candlemas morn and throw a stone, then a bone, then a clump of turf at a hooded crow – if the bird flew over the sea, her husband would be a foreigner; if it landed on a farm or house, she would marry a man from there, but if it stayed put, she would remain unmarried.

It is also one of the 37 birds depicted in the Bird Room of the Royal Palace in Oslo.