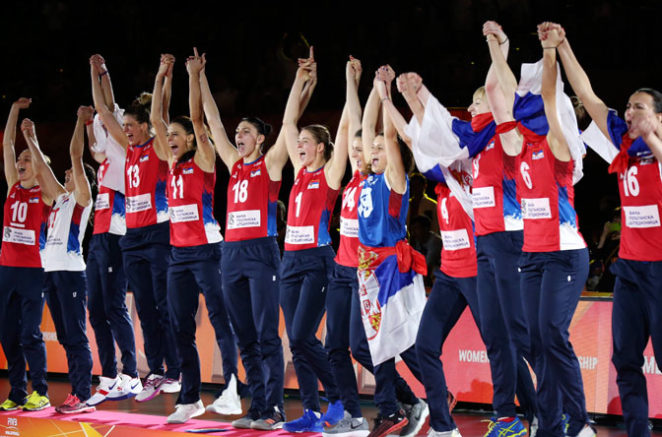 Serbian volleyball players, gold medal winners at the World Cup in Japan, arrived in Belgrade, where numerous media teams, family members, supporters, friends … were welcomed at the airport “Nikola Tesla”. Volleyball players of Serbia until the first world title in history arrived in a dramatic final against Italy 3: 2.

The selector of the new world champions, volleyball player of Serbia, Zoran Terzic said that a big dream was realized in Japan, but that the time for new goals is fast.- What happened was what we dreamed and thought that we can prepare from the beginning, when we talked about jokes in practice, this is how it becomes the world champion. Our dream became a java after seven start victories and others put us among favorites and did not make a mistake – Terzic said. He says there is a lot of satisfaction, that the girls will know how to celebrate, and after that, as soon as possible, to think about the following actions.

One of the best Serbian volleyball players, Brankica Mihajovic, said that the feeling is incredible, but that she is not yet aware of the success.- It was similar in 2016, after silver at the Olympic Games, but now it’s still gold. We were excited, we could not feel that energy in Japan, but now we are. I’m not yet aware of the success, but it seems to me that the reaction is a little late, and I believe that in the next few days I will understand what we have done, “said Mihajlovic, who was welcomed by the relatives and supporters from her native Brcko at the airport.

Team captain, Maja Ognjenović is proud of the whole team for great success.”We are extremely pleased that after 34 days we returned to the country of gold. This is a historic success and the gold we have been waiting for, which makes this medal even smoother,” said Maja Ognjenovic