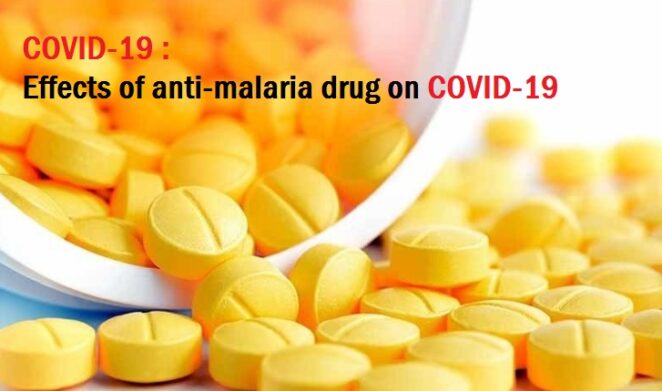 The COVID-19 Pandemic disease cure or vaccine is not yet available, but US President Donald Trump has called Chloroquine a drug used to treat malaria is effective to treat COVID-19 Patient.

But it seems that this drugs is doing more harm than good to COVID-19 patients, at least the results of trials in China, France and Brazil have been similar.

Chloroquine and hydroxychloroquine helped to alleviate the symptoms of the coronavirus to some extent, but these drugs did not show improvement in other important areas, but the side effects were more dangerous.

During the research conducted in France, patients treated with hydroxychloroquine showed no reduction in mortality or ICU admission rates. Similarly, in separate trials in China and Brazil, both drugs fail to help cure the Corona virus rapidly.

In fact, there were 2 fatalities in Brazil while some patients had heart problems, after which the trial was stopped after only 13 days. In this study 37 patients were given excessive amounts of chloroquine, resulting in the death of two in a heart attack. While 5 others have had a problem with cardiovascular disease called QT control prolongation, which increases the risk of sudden death.

Researchers said in their results, preliminary evidence indicates that high drug intake cannot be suggested for the treatment of COVID-19, as it can be harmful.