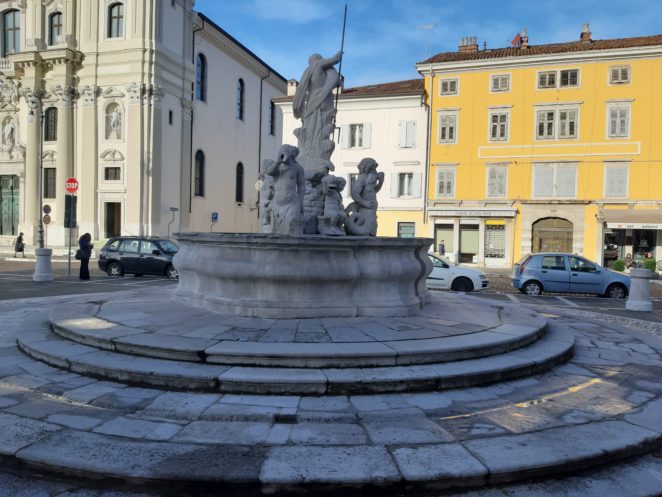 When I visited Gorizia recently, I also saw this beautiful Neptune fountain on the Piazza della Vittoria in addition to the church. The square is also known as Travnik, which used to be the place. The well was erected in 1756 by Marco Chiereghin of Padua following a project by Nicolò Pacassi. Neptune is the god of the sea and one of the most important deities in Roman mythology.