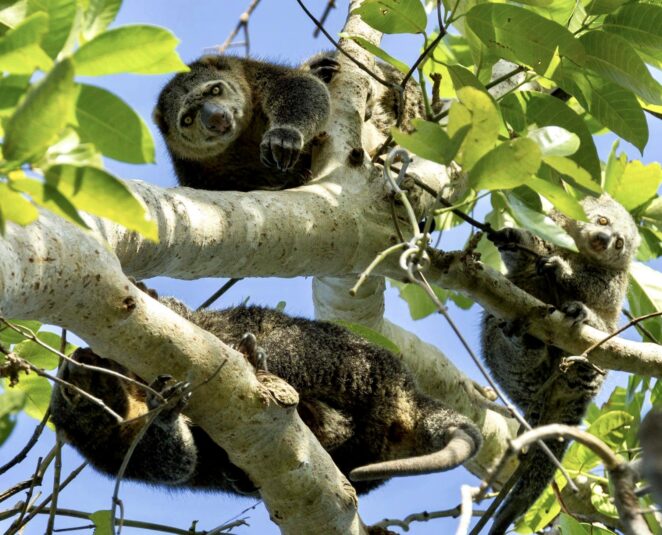 Continuing with my Rainforest Animals series.

Named for its thick, dark, and bear like fur, the Sulawesi bear cuscus isn’t a true bear, but is actually an arboreal marsupial. Like other marsupials, the female Sulawesi bear cuscus gives birth to relatively underdeveloped offspring and carries the infant in a pouch on her belly until it is approximately eight months old and sufficiently developed for survival.

Like most other marsupials, the Sulawesi Bear Cuscus is a herbivore, eating only vegetation. Most of its diet is made up of leaves, but it will also each buds, flowers, and unripe fruit.

They live in the undisturbed forests of Indonesia, predominantly on the island of Sulawesi. Due to loss of habitat, they are becoming more isolated from each other and sadly they are considered vulnerable on the endangered list.