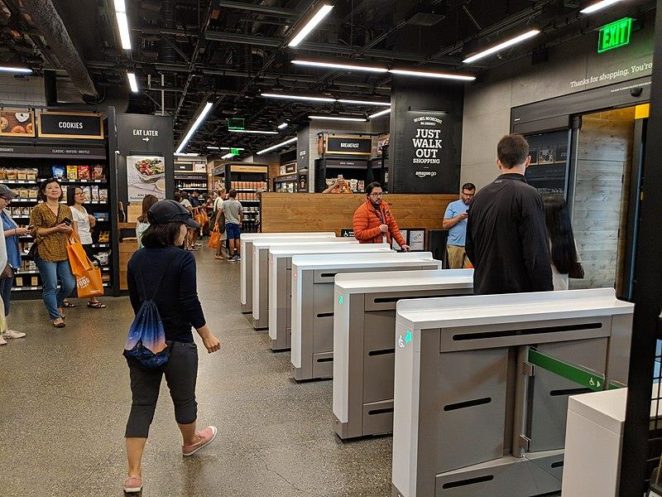 I just came across a write up on this business venture which  talks about Amazon  stores which are not only cashless but also cashierless. The write up mentions prospects of millions losing  jobs and the only one benefiting by this is the owner.

The buyers do their purchases and walk out.  The moment they step out their Amazon pay account will be debited with the amount involved.

It is obviously  expected that there would be heavy criticism as this system would  leave out the poor.  Some shops  now accept cash with an attendant  letting in and checking out customers if they do not have the app.