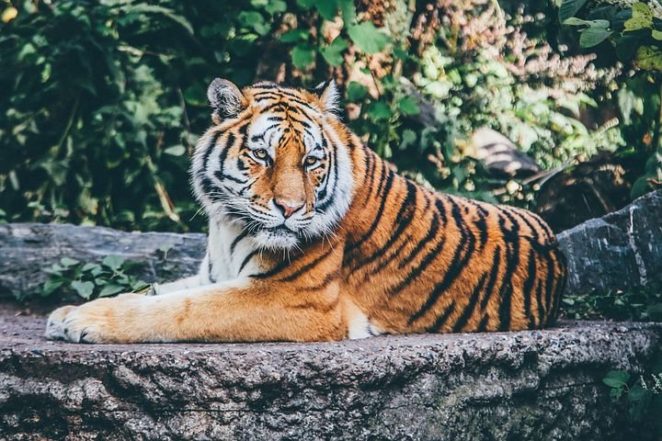 They are one of the most feared animals in the wild. They are apex predators (super predators) because they are at the top of the food chain.

They are very aggressive and strong that they can kill an animal twice its size. Their prey range from wild boar to buffalo and dear. They are known not to waste food when they are satisfied. They usually drag the remains of their kills to a thicket where they cover the remains with leaves.

Considering how strong their bone structure is and their bodies containing over 600 muscles, it’s easy to see how these animals are among the few apex predators in the wild.

Unlike other cats, tigers are good swimmers. You will notice them cooling off in streams and lakes during hot days.

They hunt during the day and are solitary animals. They socialize during mating and in distribution of food and in rare cases sleep at one’s territory.

The females reach maturity at an early age at 3-4 years than males at 4-5 years.