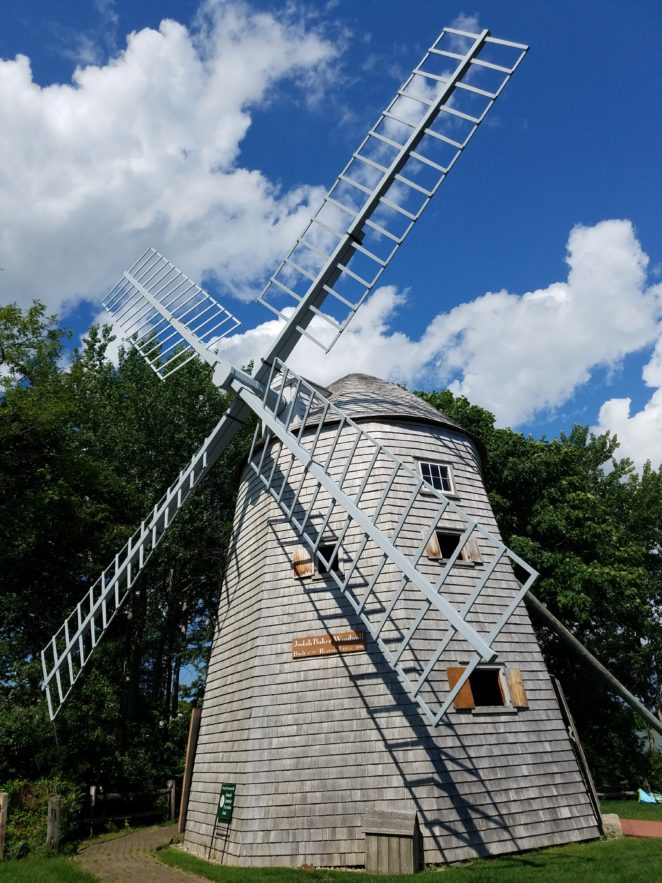 One of the most picturesque locations I visited on the Cape was the Judah Baker Windmill, named  after  its  original builder in 1791.  It originally stood on Grand Cove in North Dennis. Over two centuries it was brought and sold to several retired sea captains who  then moved the windmill to different  areas around  the Cape. The windmill  was used mainly  for grinding  corn at the time. Experienced sea captains knew the way the winds blew and were best suited for operating the mill. This windmill was restored in 1999 and today still has it’s  original mechanical equipment. It is currently maintained by volunteers from the Yarmouth Historical Commission.