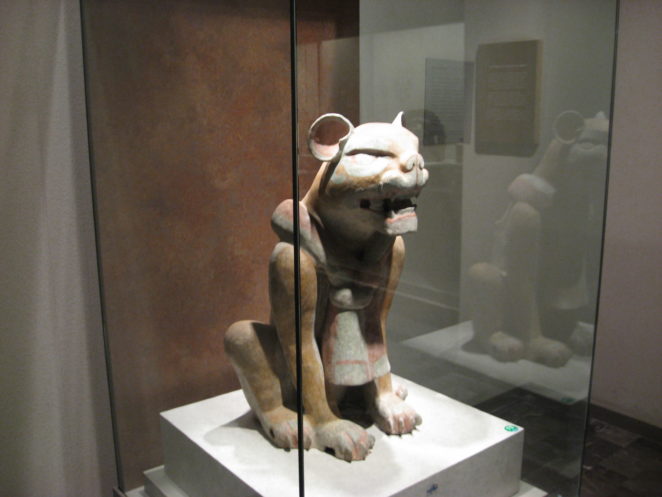 I was lucky enough to spend some time in Mexico City throughout three trips. I love the city. On the second trip, my wife got to come along a be a tourist. We had both taken Spanish in High School, so we were able to get around the city. We spent the weekend in Mexico City, thanks to my folks. They watched the twins so that we could get away from a week. We left Indiana on a late Sunday afternoon and flew down to Mexico City. We were staying in a hotel very near the office so that I could hop a cab. But also in an area, my wife could explore and enjoy the site seeing. It was the same setup we used in Paris. Where my wife studied, and I was in meetings.

Then, as we had done in Paris, we spent the weekend wandering. Much of the places we visited were the prominent tourist locations. You have to see some of those. In the case of Mexico City, we went to the main museum.  The first picture is of an Aztec statue in that museum. The museum was broken into periods of Mexican history (Pre-Mayan, Mayan, Aztec, and then post Spanish arrival). There were separate areas to wander for each of the main periods. We had a blast in the museum first because we had both learned of the various societies in school. Second, and less noble, was because we were free to wander an art museum. The twins do not like walking to art museums.

The second part of our experience was wandering to the Mansion of Maximillian. Maximillian was the emperor of Mexico for a time, supported by Napoleon. His former villa sits on top of a hill in Mexico City. To get to the museum you walk up a long winding road that leads to the Museum, We then bought tickets to go inside, but we had a bit of time to kill before our tour. We walked around the outside, noticing the many defensive improvements made to the hillside. In case the Mansion was attacked, Maximillian would be protected. Once we were inside, we saw the beautiful rooms, the weapon and armory, and the beautiful gardens in the courtyard.

It was a fantastic trip! 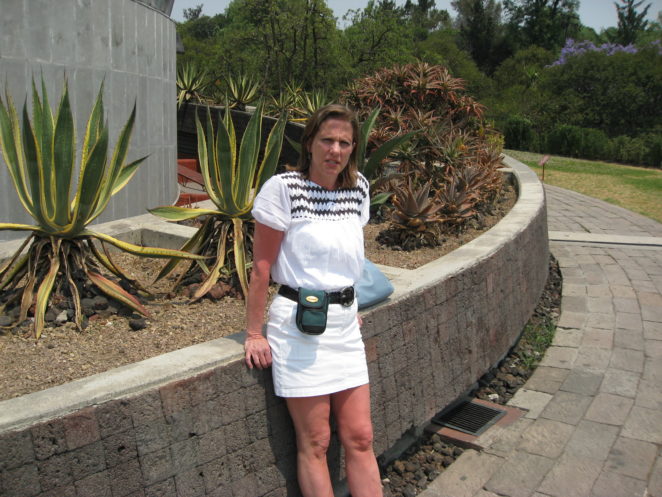 my wife, taking a walking break!

The gardens of Maximillian

The courtyard (my wife) and Mexico City!