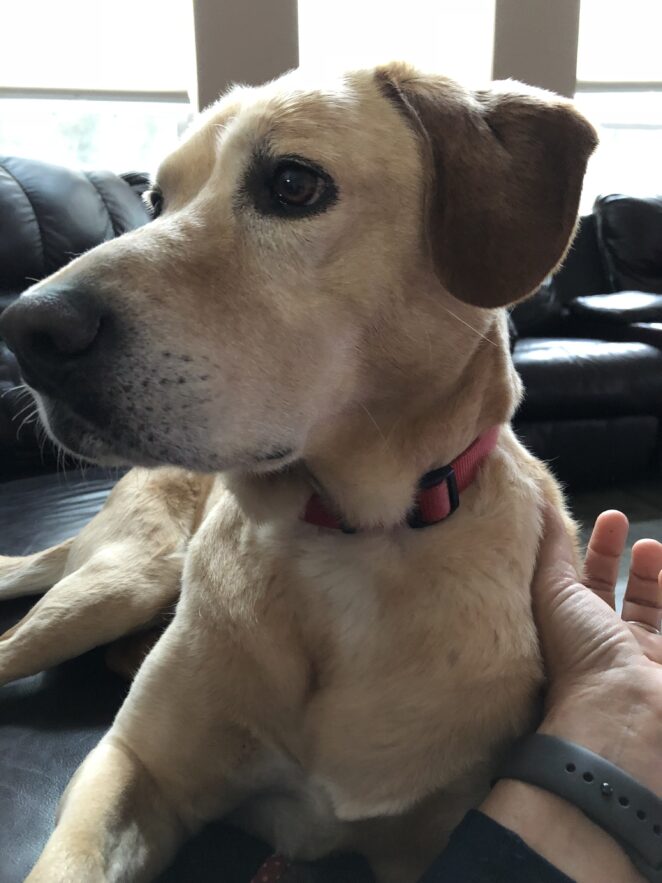 Wow, I cannot imagine this. But in just a few short days, my dog, The Mighty D, will have lived with us for eight years. The two pictures of Dylan today show him at his best. He truly loves going on walks. Eight years ago, after a year of mourning our dog Gwen I decided that I was ready to have a dog again. I was walking nearly every day back then (I walk every day now). In that process of going for a walk, I would listen to music, listen to audible books, or just walk. My knees by the 2010s were no longer healthy enough to run. Walking was the only option for me in terms of exercise. But to make this long story much shorter, I was lonely walking by myself. Sometimes the twins would come (not happily).

Sometimes my wife would come. But most days I was walking by myself. We decided to find a dog that would like to walk with me. My daughter and I, 11 years before, had been almost three months trying to pick the dog that ultimately became Fran. We decided in early March 2012 to start thinking. By the end of March, we had decided on getting a Labrador again (Fran, my daughter’s dog was a Lab.) that was when my daughter (the animal lover) suggested we do a rescue dog. Rescue dogs have problems; they are often scared and often have bounced form human homes to a social home. But, when they find their forever home, they are the most loving and loyal dogs ever.

We worked with the phenomenal organization Lab Rescue of Virginia and Maryland. They vetted us before letting us drive the 2.5 hours down to Richmond, VA. We took Fran along. Fran never really liked Dylan. She tolerated him but didn’t like him. But he was a fit for the rest of us. On the way back from Richmond with Dylan in the front seat safety away from Fran, we started talking about names. Jack was thrown out but rejected when we called my daughter (one of her nicknames is Jakki)! Dylan had a lot of firsts in our family. He was the first male dog we had ever had. He was the first dog that came to live with us in Maryland. He was the first dog we got from a Rescue. We started walking that very first day. On the second day, it was Dylan’s walk! 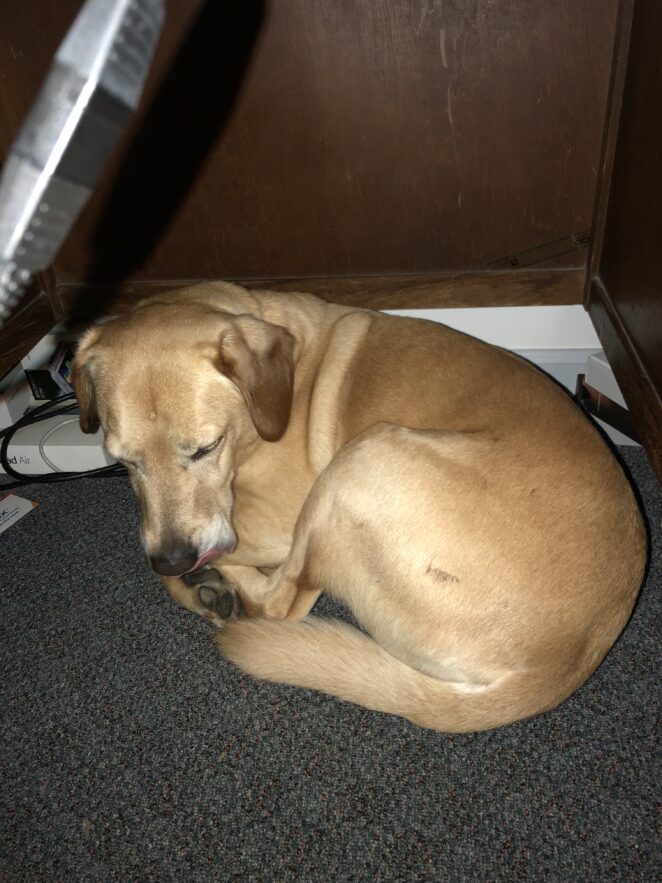 under dad's desk is the best place to be in a storm.