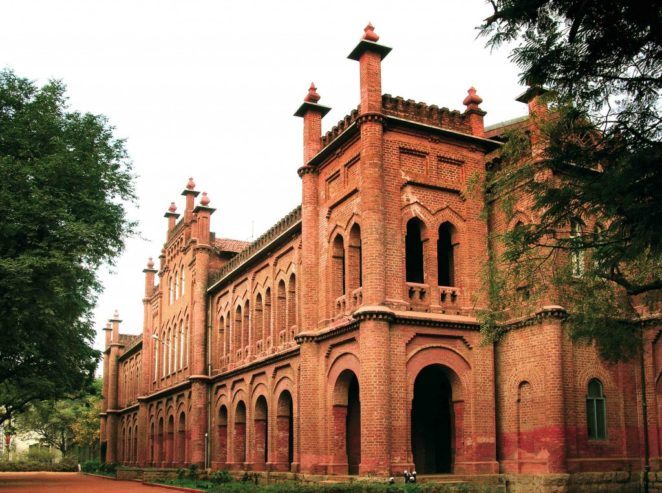 Madurai is the cultural hub of Tamil Nadu playing a vital role in promoting Tamil language for many centuries. Of all the major cities in Tamil Nadu, Madurai is the only city that is known to exist for nearly two millennia. The city has its heritage attractions like Meenakshi Amman Temple and Thirumalai Nayakkar Mahal. The present day Madurai is known to be an education hub with many renowned engineering, medical and arts colleges. The one on the image is the American College building in Madurai. While the old Indian rulers had left a mark on Madurai, the colonial touch is visible in parts of the city.